In a recent article, published in Physical Review Letters (PRL 109, 177205 (2012)) researchers from the Nanomagnetism group and Electron-Microscopy laboratory at nanoGUNE have reported on the crystallography-driven appearance of positive exchange bias in epitaxial Co/CoO bilayers.

While the phenomenon of exchange bias is of paramount importance for many every-day applications, in particular data storage technology, it has not yet been clearly understood even though it has been an intense research topic in fundamental and applied magnetism for decades. In this novel work, the nanoGUNE researchers have presented an experimental study, which illuminates the conditions under which the so-called positive exchange bias effect can occur and the substantial role that sample crystallography can play. Specifically, the current Letter links the temperature-dependent appearance of this effect to the crystallography-driven rotation of the exchange bias and effective anisotropy axes upon temperature change. Thus, this works paves the way for better control of exchange bias leading to further improved technological reliability. 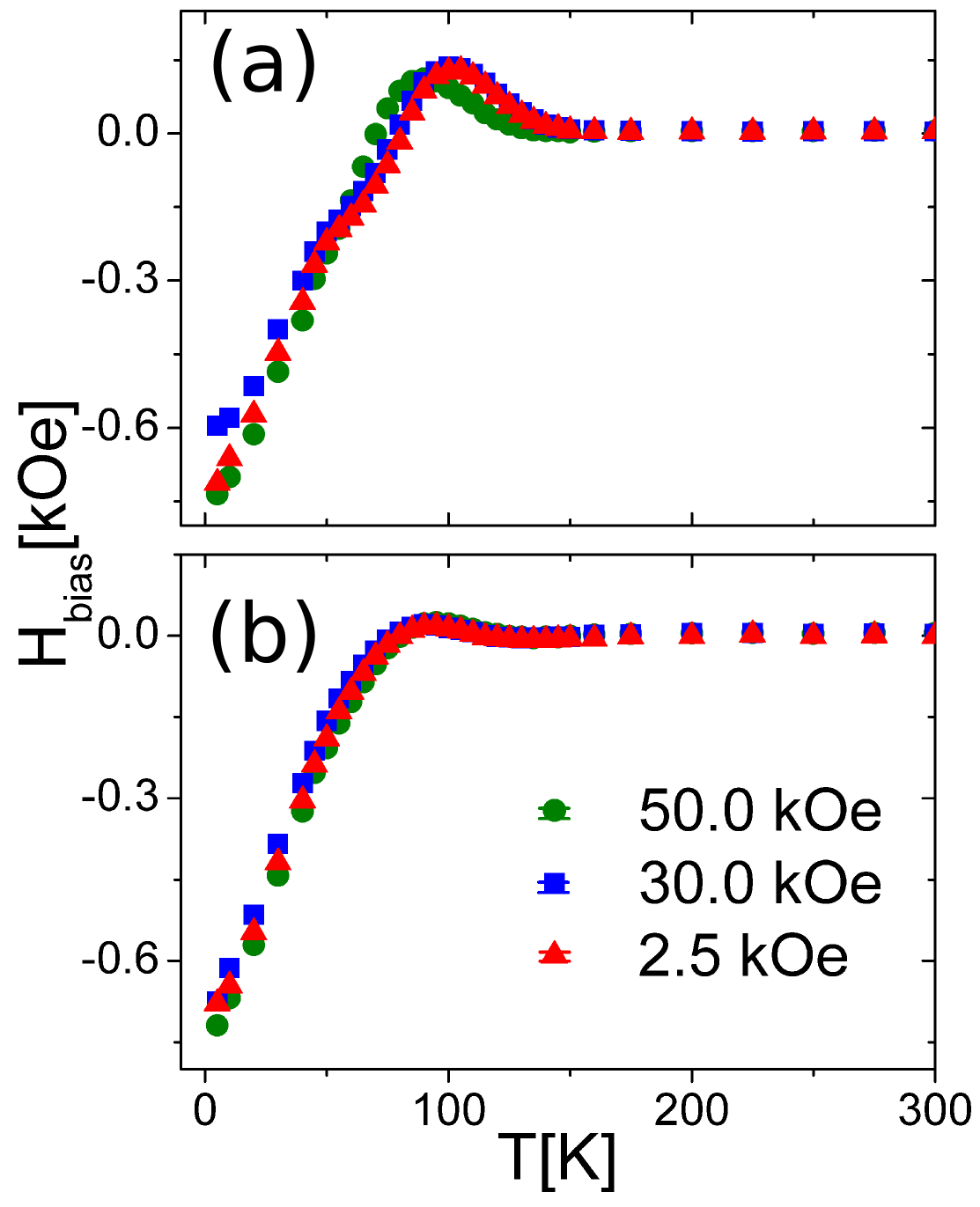 In general, the exchange bias effect arises due to the coupling between a ferromagnet (FM) and an antiferromagnet (AFM) at their common interface and it is usually “set” by cooling such a FM/AFM material system in the presence of a magnetic field. Macroscopically this effect is manifested by a shift of the FM hysteresis loop along the magnetic field axis so that the cool down magnetic state is stabilized. Interestingly, also the opposite effect can occur for certain material systems, which is called positive exchange bias. For technological applications, it is of course crucial to have precise control, which “exchange bias state” is set in the device fabrication process. Thus, the role of crystallography, discovered by the nanoGUNE team, in setting and/or avoiding positive exchange bias is an important step towards better-designed materials and devices. 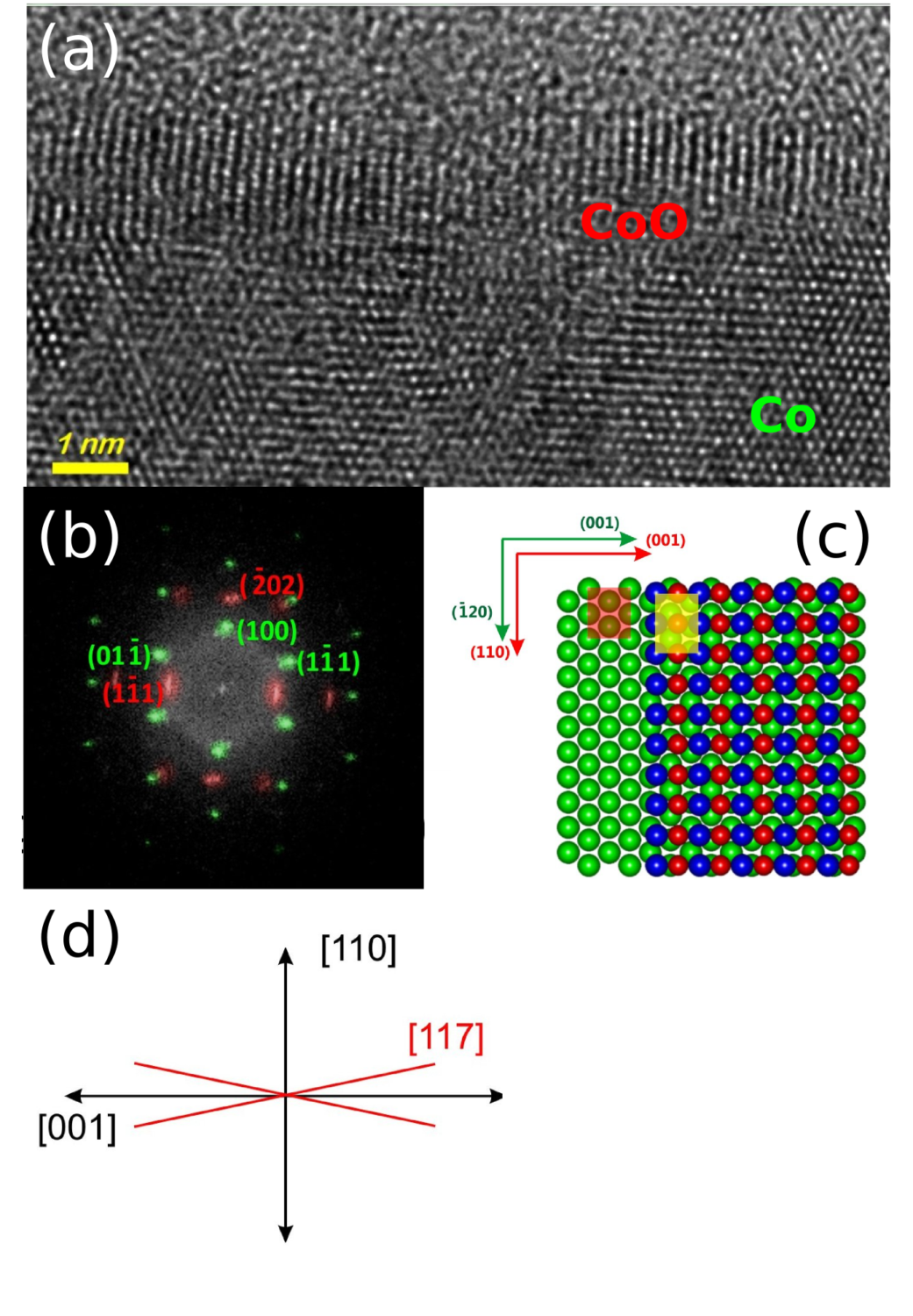 In their work, researchers from the Nanomagnetism group (A. K. Suszka, O. Idigoras, and A. Berger) have studied the temperature dependence of the exchange bias effect in epitaxial Co/CoO bilayer structures with in-plane uniaxial magnetocrystalline anisotropy of the Co ferromagnet. The experimental investigations led to the discovery of anisotropic positive exchange bias in an intermediate temperature range. Interestingly, the measured phenomenon was not dependent on the initial field cooling value but only on the direction of field cooling relative to the magnetically easy axis of the Co film. The researchers also observed, synchronous with the occurrence of positive exchange bias, distinct changes in the magnetization reversal process, and they have identified them as the temperature-dependent rotation of the effective anisotropy and exchange bias axes. Model calculations, also performed by the Nanomagnetism group, have reproduced this behavior qualitatively. The high-resolution electron microscopy imaging performed by the Electron-Microscopy laboratory (E. Nikulina and A. Chuvilin) allowed for the exact determination of the sample crystallographic structure, and thus provided a base and justification for the model assumptions and the understanding of the experimentally observed magnetic behavior overall.

We acknowledge funding from the Basque Government under Programs No. PI2009-17 and under the Etortek Program nanoIKER’11, Contracts No. IE11-304 and No. BFI09.284, and the Spanish Ministry of Science and Education under Project No. MAT2009-07980. E.N acknowledges financial support from FEI (Netherlands).