Researchers of the Nanomagnetism Group and Electron Microscopy Group at CIC nanoGUNE devised and demonstrated a novel approach to nanoactuation that relies on magnetomechanics instead of the conventional electromechanics utilized in micro and nanoactuated mechanical systems. The work was reported in Small. 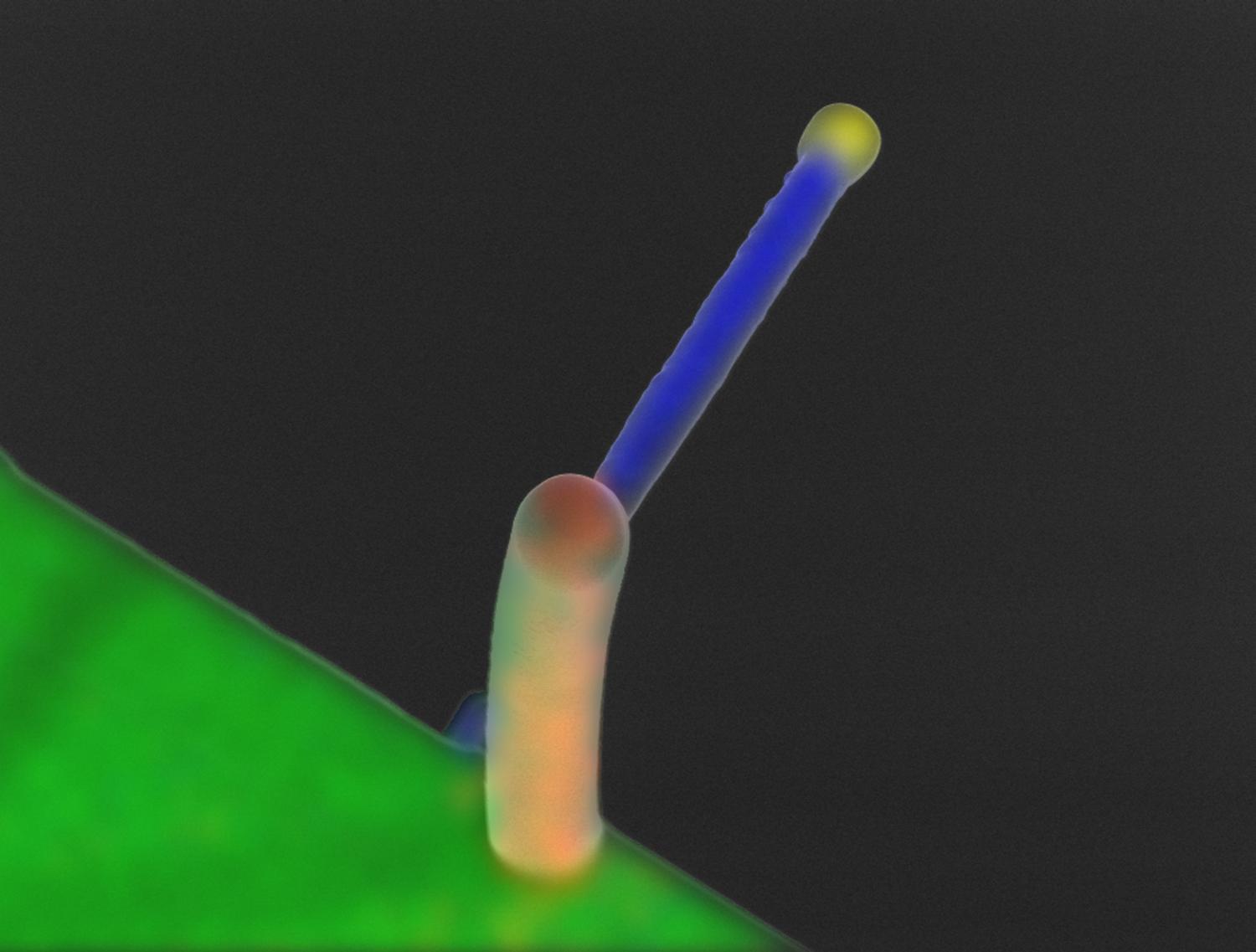 This image taken with a scanning electron microscope shows a nano-cantilever made via a 3D nano-assembly process. The different colors mark the materials used to construct the nano-lever: green is the Si substrate, orange is Si oxide used for the vertical pole, which defines the axis of rotation/flexion, blue is the Co lever, and yellow a tiny nanosphere of gold attached to the end of the cantilever. Thanks to the intrinsic magnetization of Co, the cantilever can be moved with nanometer precision, and remotely controlled, through the application of an external magnetic field. This nanodevice can also be operated in a liquid environment, even inside a living body, since its remote actuation does not require any physical contact, opening new avenues for applications in nanorobotics.

Actuators for manipulating objects on the nanometer scale are expected to be a key advance in nanotechnology in the upcoming decades. Actuators operate by converting external stimuli into mechanical motion that can then be harnessed to do work or move objects. While actuation at the micrometer-scale has been widely explored and generally achieved through micro-electro-mechanical-systems (MEMS), their reduction to the nanometer-scale (nano-electro-mechanical-systems, NEMS) and the search for alternative technologies for nano-actuation are still being investigated on a fundamental level.

Exploiting the versatility of advanced 3D fabrication process of magnetic nano-structures by focused-electron-beam-induced deposition, Paolo Vavassori and co-workers propose, fabricate and demonstrate nano-actuated magneto-mechanical systems (NAMMS) devices that convert remote magnetic stimuli into mechanical motion with sub-nanometer control. Since remote-activation does not require physical contacts, NAMMS have the potential to operate in diverse environments, such as liquids or even inside living organisms, opening new avenues to key future applications in biology, medicine and nano-robotics.