Researchers from CIC nanoGUNE BRTA (San Sebastian, Spain), in collaboration with the Donostia International Physics Center (San Sebastián, Spain) and the University of Oviedo (Spain) employed a spectroscopic nanoimaging technique to study how infrared nanolight - in form of phonon polaritons - and molecular vibrations interact with each other. The images reveal that vibrational strong coupling can be achieved, which is a phenomenon that recently attracts wide attention for its potential use to control fundamental physical and chemical material properties. The result could lead the development of a novel platform for on-chip chemical identification of tiny amounts of molecules and for studying fundamental aspects of strong coupling phenomena on the nanometer scale. The work has been published in Nature Photonics (DOI: 10.1038/s41566-020-00725-3). 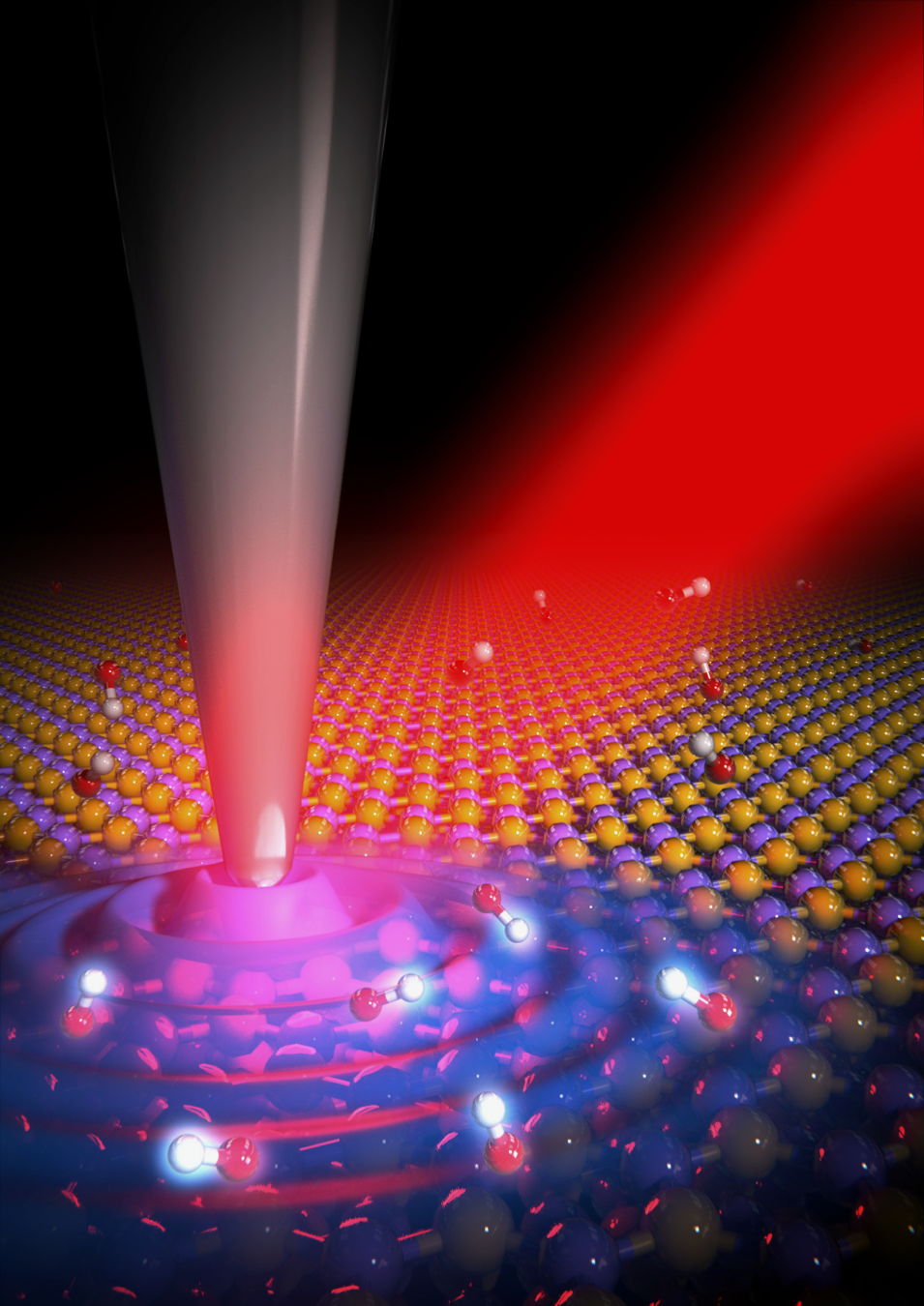 Light plays an essential role in modern science and technology, with applications ranging from fast optical communication to medical diagnosis and laser surgery. In many of these applications, the interaction of light with matter is of fundamental importance.

At infrared frequencies, light can interact with molecules via their vibrations that occur at molecule-specific frequencies. For that reason, molecular materials can be identified by measuring their infrared reflection or transmission spectra. This technique, often called infrared fingerprint spectroscopy, is widely used for the analysis of chemical, biological and medical substances.

Recently, it was found that the interaction between infrared light and molecular vibrations can be so strong that eventually the material properties are modified, such as conductivity and chemical reactivity. This effect – called vibrational strong coupling – can occur when a material is placed into a microcavity (typically formed by mirrors that are separated by micrometer-size distances) in which the light is concentrated.

The strength of the interaction between light and matter strongly depends on the amount of matter. Consequently, the interaction weakens when the number of molecules is reduced, challenging infrared spectroscopy applications and eventually preventing strong vibrational coupling to be achieved. This problem can be overcome by concentrating light in nanocavities or by compressing its wavelength, which leads to light confinement.

“A particularly strong compression of infrared light can be achieved by coupling it to lattice vibrations (phonons) of thin layers of high-quality polar crystals. This coupling leads to the formation of infrared waves – so-called phonon polaritons – that propagate along the crystal layer with a wavelength that can be more than ten times smaller than that of the corresponding light wave in free space”, says Andrei Bylinkin, first author of the work.

The problem of the momentum mismatch was solved with the help of the sharp metal tip of a scanning near-field microscope, which acts as an antenna for infrared light and concentrates it to a nanoscale infrared spot at the tip apex that provides the necessary momentum to generate phonon polaritons. The microscope also plays a second important role. “It allowed us for imaging the phonon polaritons that propagate along the boron nitride while interacting with the nearby organic molecules”, says Rainer Hillenbrand who led the study. “That way we could observe in real space how the phonon polaritons couple with the molecular vibrations, thereby forming hybrid polaritons”, he added.

“With the help of electromagnetic calculations we could confirm our experimental results, and further predict that strong coupling should be possible even between few atom thick layers of boron nitride and molecules”, says Alexey Nikitin.