Javier Zaldivar, Pre-doctoral researcher at the Nanoimaging Group at nanoGUNE, received his PhD at the University of the Basque Country (UPV/EHU) after the defense of his thesis project on the 17 January 2020. His research work, entitled “Magnetic-Impurity-Induced Bound States in B-Bi2Pd" has been developed under the supervision Jose Ignacio Pascual, Ikerbasque Research Professor and group leader of the Nanoimaging group at nanoGUNE. 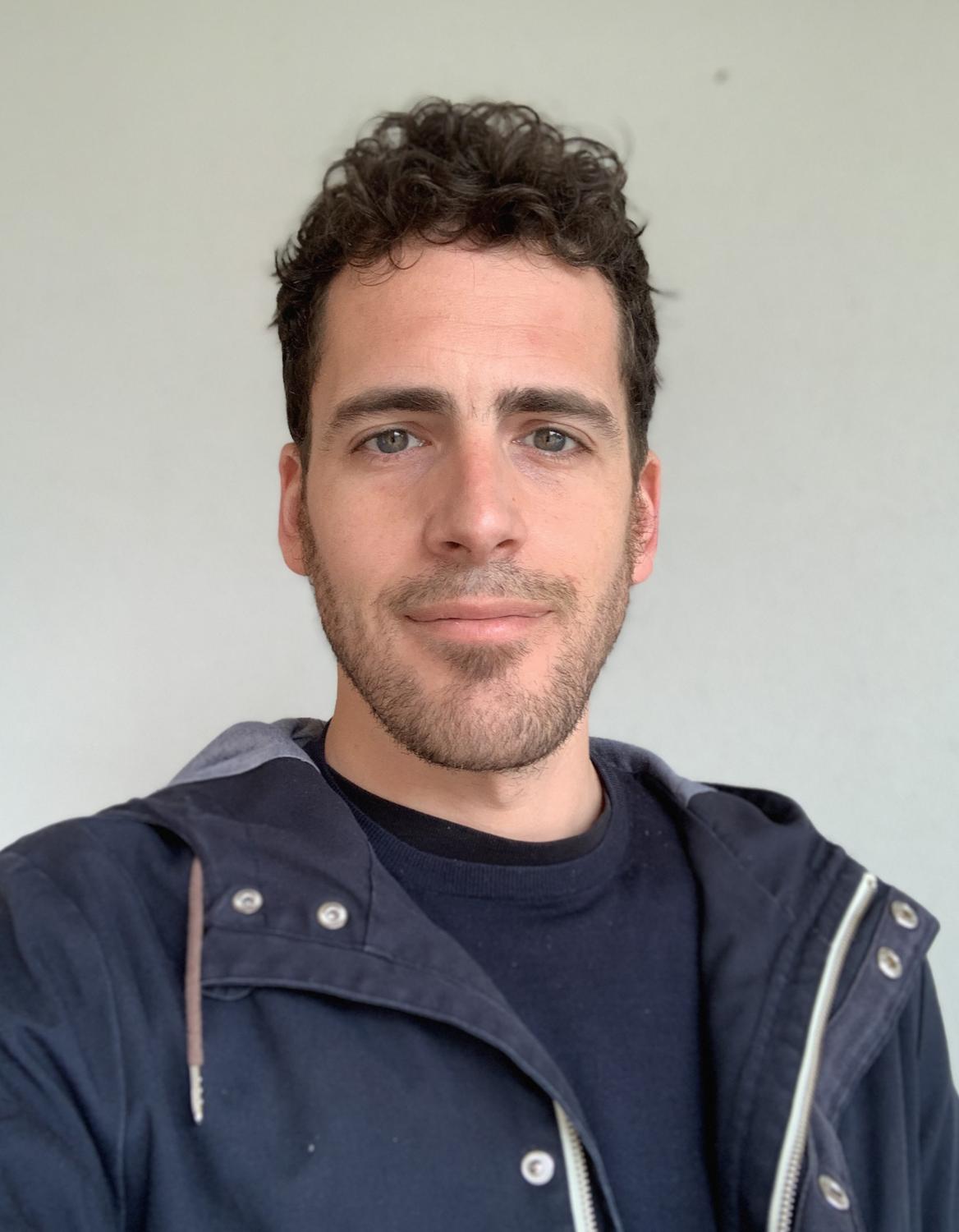 The defense consisted of a presentation by the candidate on the main aspects of the Ph.D. thesis project followed by an extended discussion based upon the questions that each one of the members of the committee raised in relation to the research work that has been carried out by Javier Zaldivar during his PhD studies.

After the defense, we asked Dr. Javier Zaldivar to explain us a bit more about his project:

Which was the subject of your thesis?

My work focuses on two topics: STM studies of Yu-Shiba-Rusinov (YSR) states emerging from isolated magnetic atoms deposited on the surface of a superconductor and how YSR states are modified when these atoms are combined to form chains. From a broader perspective, I would say in my thesis we studied the atomic-scale interaction of magnetism and superconductivity, and the possibility of engineering novel states of matter from that interaction.

Why did you choose this subject?

YSR states are a hot topic in the low-temperature STM and quantum computation communities. Few-nm-sized chains of magnetic atoms on the surface of superconductors hold the potential to host modes equivalent to Majorana fermions, a kind of particle with no equivalent outside the world of condensed matter. These modes are a necessary requirement for the development of some proposed platforms for topological quantum computation. We chose this subject because we wanted to understand how YSR states, already an unconventional type of state, can be tuned to resemble a Majorana fermion.

Which metodology/techniques did you use?

Our work is a set of purely STM-based experiments. Atoms are deposited on the surface of a superconductor inside an STM chamber under an extremely clean atmosphere and temperatures of approximately 1 kelvin. Using Scanning Tunneling Spectroscopy we identify the signatures of individual magnetic atoms and use the STM tip to push these atoms one by one to construct custom nano-sized structures containing ten to twenty atoms. 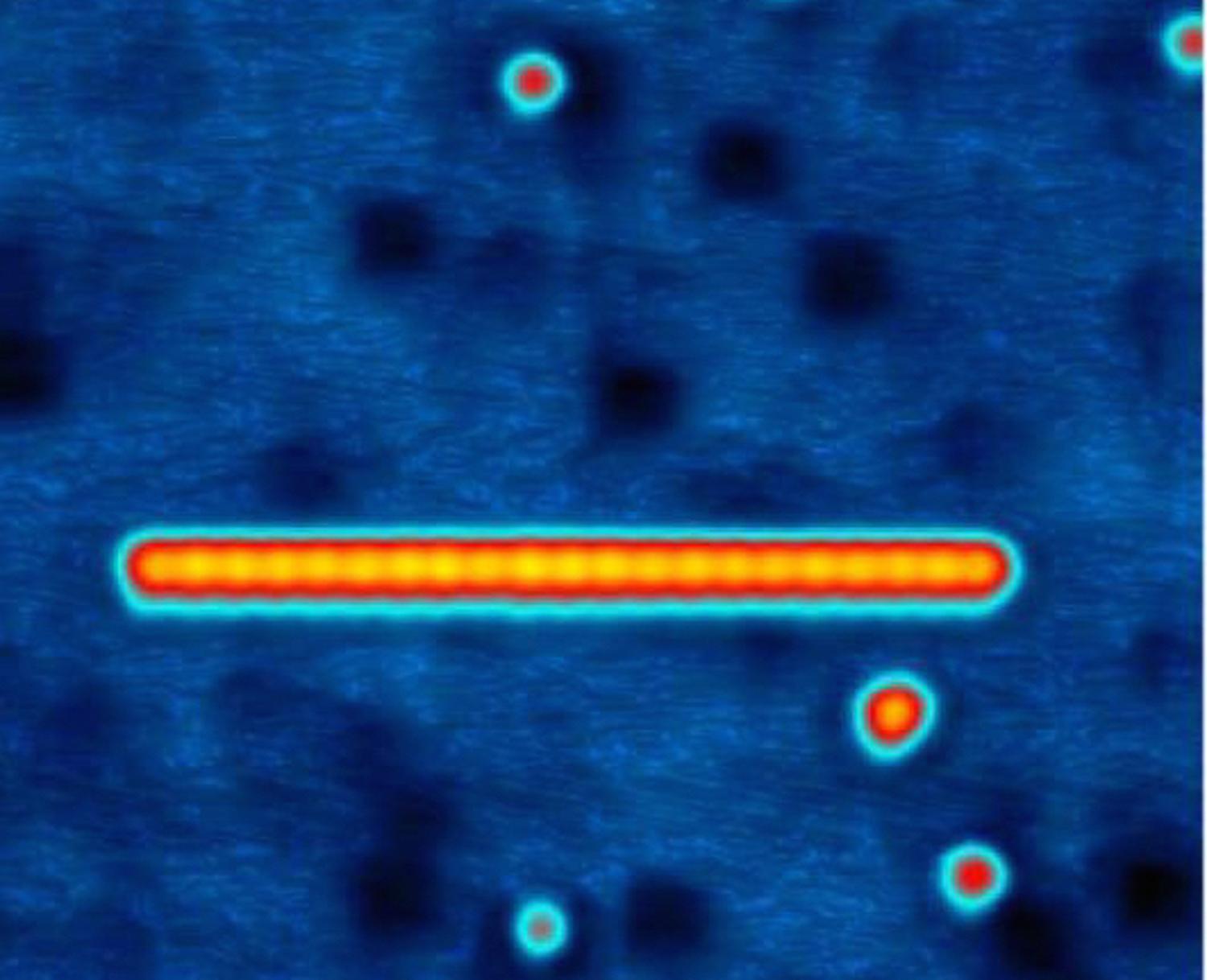 Which have been the main conclusions?

Theoretical predictions usually focus on how the magnetic interactions between atoms tune YSR states to yield Majorana modes. Although we studied the experimental signatures of such interactions and confirmed they hold in real experiments, I think our main conclusion is that the band structure of the superconducting material, an overlooked part of the problem in theoretical predictions, plays a fundamental role in the formation of Majorana modes.

What could be the contribution of your research for present or future nanotechnologies?

The work presented in my thesis focuses on the fundamental properties of assemblies of atoms, a field very distant from that of applied physics. The requirement of atomic-scale-control and very low temperatures prevents the use of our results in current-day technologies. Further research could automatize the construction of chains and the manipulation of Majorana modes, but several stages of research are still required to transform those ideas into a commercially-available technology.

How do you feel now that you have finished the thesis? Which are your plans for the future?

Having finished my thesis, I feel a sense of accomplishment and the satisfaction of giving my best over all this time. I have been surrounded by a team of excellent researchers, from whom I have learnt ideas that have expanded my knowledge of physics further more than I could have imagined when I first visited nanoGUNE some five years ago. Studying exotic phenomena at the atomic scale has been a very stimulating experience, however I am now focused on redirecting my career towards more applied topics.