A single molecule can behave as the smallest electronic component of an electronic system. With this premise in mind, researchers in the field of molecular electronics have endeavoured in the last years to develop new approaches that bring closer the long-awaited objective of using molecules as electronic logic components.

And one of the most recent steps forward is appearing today on peer-reviewed journal Science Advances, as a result of a new collaboration between physicists from CIC nanoGUNE, Donostia International Physics Center (DIPC) and Materials Physics Center (CFM, CSIC-UPV/EHU) and synthetic chemists from CiQUS (Center for Research on Biological Chemistry and Molecular Materials at the University of Santiago de Compostela). A breakthrough that has allowed contacting a single-molecule magnetic device for the first time.

“The idea is fascinating: to store information into a single molecule and read it”, says Nacho Pascual, Ikerbasque Professor and leader of the Nanoimaging Group at nanoGUNE. “We have known for long time how to make the molecules, but we could never wire them into a circuit until now”, he confides. To achieve this goal, scientists developed graphene narrow stripes with the aim of using them as electrical wires; in addition, they also designed a method to precisely contact the molecule at predefined places.

“We found that the contact to the molecule crucially affects how the molecular device behaves”, says Jingcheng Li, first author of the article. “This discovery has made us direct the contacting step with atomic precision technologies”.

Regarding the molecule creation process, researchers have employed in this case a chemical method based on guided chemical reactions over a metallic surface. “The creation of the molecular device is simple”, explains CiQUS team leader, Diego Peña: “we designed and synthetized the building blocks with ‘glue-like’ chemical terminations at the points where contacts are to be created; from then on, nature does the rest of the job for us”, he jokes.

To illustrate the process, this group of scientists has given a very visual metaphor: “we can see it as a molecular LEGO”, they said. In words of Dr. Pascual, “we are learning how to use nature’s laws for assembling molecules into more complex nanostructures”, he claims.

The authors demonstrated the working function of the molecular device using Scanning Tunneling Microscopy (STM), a very advanced method to visualize atoms and molecules, and to measure their behavior. By means of this tool, they could confirm under which conditions the magnetic information stored in the molecule could survive to the contact, opening a new way to develop novel materials for efficient electronics.

The work has been realized in the framework of a Spanish collaborative research consortium named FunMolDev (acronym of Functional Molecular Devices), funded by the Spanish Ministry for the Economy and Competitiveness, the Government of the Basque Autonomous Community, the Xunta de Galicia, and the European Union.

Nanomagnets made of graphene for faster and more sustainable information technologies 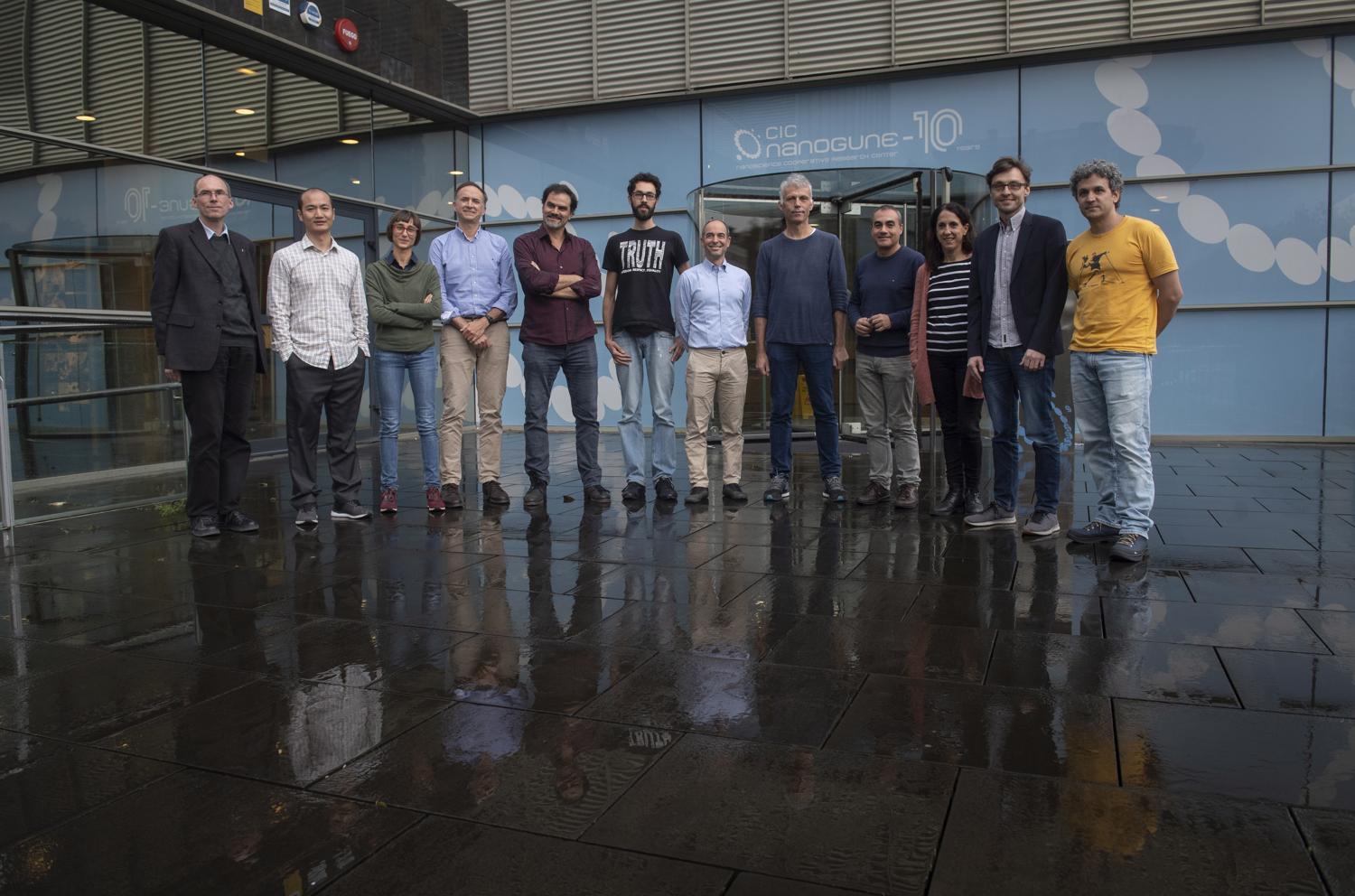 The meeting marks the starting point of a 4-year research project that is coordinated by CIC nanoGUNE and integrates IBM Research, Donostia International Physics Center, and University of Santiago de Compostela, Technical University of Delft and the University of Oxford. The consortium of these 6 leading European research institutions has been granted a total of €3.5 million from the European Commission under the highly competitive Horizon 2020 FET-Open call, which funds cutting-edge high-risk / high-impact interdisciplinary research projects that must lay the foundations for radically new future technologies.

The SPRING project combines recent scientific breakthroughs from the consortium members to fabricate custom-crafted magnetic graphene nanostructures and test their potential as basic elements in quantum spintronic devices. The targeted long-term vision is the development of an all-graphene – environmentally friendly – platform where spins can be used for transporting, storing and processing information.

The spin is an intrinsic property of electrons that makes them behave like tiny magnets. For instance, every electron in any material carries both a charge and a spin, the latter playing a key role in magnetism.

Within the scientific community there is consensus that spin is the ideal property of matter to expand the performance of current charge-based nanoelectronics into a class of faster and more power-efficient components, being the basis for the emerging technology called quantum spintronics. The SPRING project will investigate the fundamental laws for creating and detecting spins in graphene, this is to read and write spins, and using them to transmit information.

Jose Ignacio Pascual, Ikerbasque Research Professor at CIC nanoGUNE and scientific coordinator of the project, explains that “graphene is ideal to host spins and to transport them. This atomically thin material can now be fabricated with atomic precision, opening the door to fabrication of designer structures with precise shape, composition, spin arrangement, and interconnected by graphene electrodes for electrostatic or quantum gates. The potential is a platform for the second quantum revolution as qubit elements for quantum computation.”