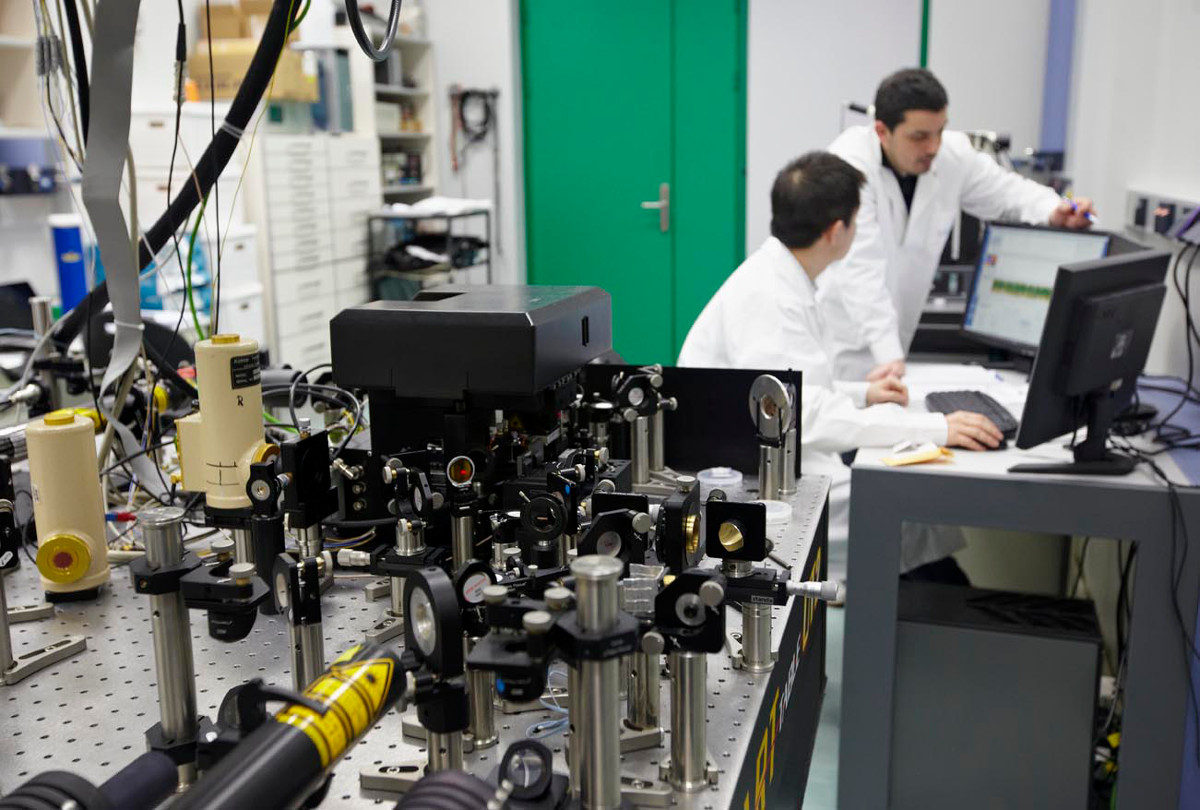 The NeaSNOM from Neaspec GmbH is a combined scattering-type scanning near-field optical microscope (s-SNOM) and nanoscale Fourier transform infrared spectroscopy (nano-FTIR) system. It enables imaging and spectroscopy in the visible, infrared and terahertz spectral regions at a spatial resolution of about 10 nm. Applications include studies of local chemical, structural and electronic properties of organic and anorganic samples, as well as the mapping of electromagnetic near-field distributions of nanophotonic and plasmonic structures.

s-SNOM is based on atomic force microscopy (AFM). For dielectric mapping, a metallic AFM tip is illuminated with a focused laser beam and the light elastically scattered from the tip is detected simultaneously to topography. Acting as an optical antenna, the tip converts the incident light into a strongly confined near-field spot (nanofocus) at the tip apex, which locally illuminates the sample surface. Because of the strong optical near-field interaction between tip and sample, the elastically scattered light contains information about the local optical properties of the sample surface. Thus, by recording the scattered light - while scanning the sample - the local dielectric properties can be mapped. The spatial resolution is determined by size of the nanofocus, which essentially depends on radius of the tip apex, typically in the range of 10 to 30 nm.

nano-FTIR studies are performed by illuminating the tip with broadband infrared radiation and subsequent Fourier transform spectroscopy of the scattered light.