A joint team of researchers at CIC nanoGUNE (San Sebastian, Spain) and the Max-Planck-Institutes of Biochemistry and Plasma Physics (Munich, Germany) report the non-invasive and nanoscale resolved infrared mapping of strain fields in semiconductors. 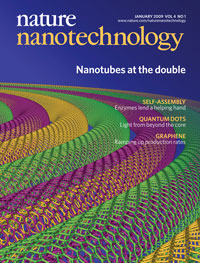 The method, which is based on near-field microscopy, opens new avenues for analyzing mechanical properties of high-performance materials or for contact-free mapping of local conductivity in strain-engineered electronic devices.

Visualizing strain at length scales below 100 nm is a key requirement in modern metrology because strain determines the mechanical and electrical properties of high-performance ceramics or modern electronic devices, respectively. The non-invasive mapping of strain with nanoscale spatial resolution, however, is still a challenge.

A promising route for highly sensitive and non-invasive mapping of nanoscale material properties is scattering-type Scanning Near-field Optical Microscopy (s-SNOM). Part of the team had pioneered this technique over the last decade, enabling nanoscale resolved chemical recognition of nanostructured materials and local conductivity in industrial semiconductor devices. The technique makes use of extreme light concentration at the sharp tip of Atomic Force Microscope (AFM), yielding infrared and terahertz images with a spatial independent of the wavelength. The s-SNOM thus breaks the diffraction barrier throughout the electromagnetic spectrum and with its 20 nm resolving power matches the needs of modern nanoscience and technology.

Now, the research team has provided first experimental evidence that the microscopy technique is capable of mapping local strain and nanocracks in crystals using infrared light. “Compared to other methods such as electron microscopy, our technique offers the advantage of non-invasive and contact-free imaging without the need of special sample preparation” says Andy Huber who performed the experiments. Specific applications of technological interest could be the non-invasive detection of nanocracks before they reach critical dimensions, e.g. in Micro-Electro-Mechanical Systems (MEMS) and ceramics, and the study of crack tip propagation.

By controlled straining of semiconductors, the properties of the free carriers can be designed, which is essential to further shrink and speed-up future computer chips. For both development and quality control, the quantitative and reliable mapping of the carrier mobility is strongly demanded but hitherto no tool has been available. The researchers demonsrate that s-SNOM also offers the intriguing possibility of mapping free-carrier properties such as density and mobility in strained silicon. “Our results thus promise interesting applications of s-SNOM in semiconductor science and technology such as the quantitative analysis of the local carrier properties in strain-engineered electronic nanodevices” says Rainer Hillenbrand, leader of the Nanooptics Laboratory at nanoGUNE.