Starting on 1 February, Dr. Raul Perez-Jimenez, coming from Columbia University (USA), has taken on his new responsabilities as Ikerbasque Research Professor and Leader of the Nanobiotechnology Group at nanoGUNE.

He obtained his Ph.D in Physical Chemistry from the University of Granada (Spain) in 2005. Captivated by the possibility of manipulating single protein molecules using atomic-force microscopy, he joined the lab of professor Julio M. Fernández at Columbia University’s department of biological sciences in New York, first as a post doctoral researcher, and later as associate research scientist. He was one of the members of the pioneering team that developed assays based on the so-called force-clamp spectroscopy to study chemical reactions under force. The ability of force-clamp spectroscopy to monitor the rupture of individual covalent bonds has provided a wealth of information previously inaccessible with standard techniques. Perhaps the most significant use of force-clamp spectroscopy is the study of enzymatic reactions. This was first described in 2007, probing the chemistry of the enzyme thioredoxin. 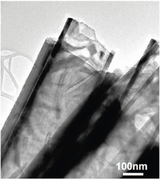 His research work at nanoGUNE has its main focus on the use of atomic-force microscopy to study the mechanical features of proteins. The Nanobiomechanics Group uses advanced molecular-biology techniques and cutting-edge force spectrometers to investigate the role of mechanical forces in biology. The group is also developing a novel research line, mechanopharmacology, for the design and development of new compounds capable of altering the mechanics of proteins involved in human pathologies. Finally, the group is embarked on the study of the evolution of proteins. Applying statistical techniques, proteins from extinct organisms are brought back to life and studied in the laboratory. The Nanobiomechanics laboratory is equipped with state-of-the-art instrumentation as well as computational tools.