2.6 billion-year-old ancestors of the CRISPR gene-editing tool are resurrected

An international research group has for the first time reconstructed ancestors dating back 2.6 billion years of the well-known CRISPR-Cas system, and studied their evolution over time. The results suggest that the revitalized systems not only work, but are more versatile than current versions and could have revolutionary applications. The prestigious scientific journal Nature Microbiology has published the results of this research which, in the opinion of the research team, "opens up new avenues for gene editing". 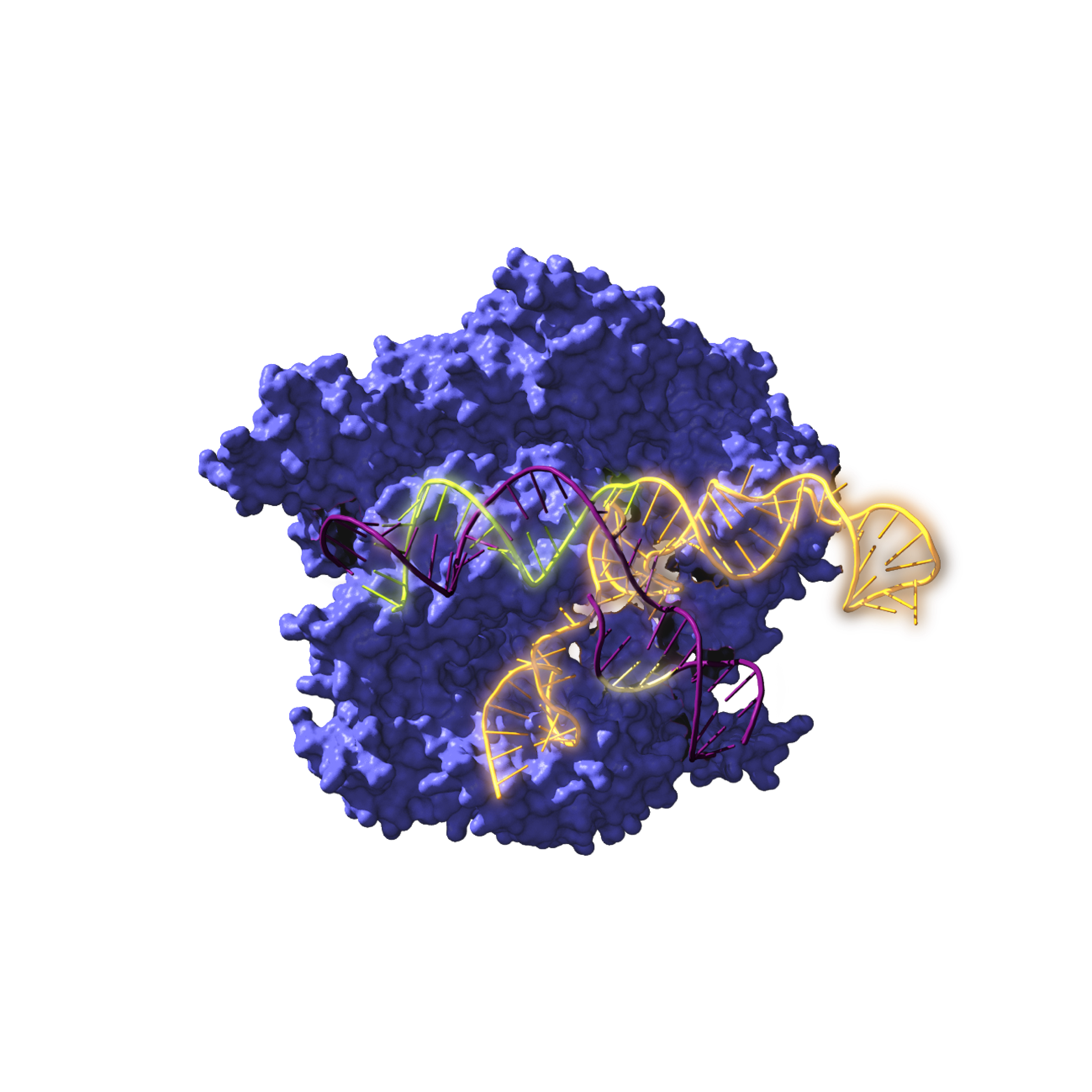 The acronym CRISPR refers to the repeated sequences present in the DNA of bacteria and archaea (prokaryotic organisms). Among the repeats, these microorganisms harbor fragments of genetic material from viruses that infected their ancestors; that enables them to recognize a repeat infection and defend themselves by cutting the invaders' DNA using Cas proteins associated with these repeats. It is a mechanism (CRISPR-Cas system) of antiviral defense. This ability to recognize DNA sequences is the basis of their usefulness, and they act as if they were molecular scissors. Nowadays CRISPR-Cas technology enables pieces of genetic material to be cut and pasted into any cell, so that it can be used to edit DNA.

Current research efforts focus on finding new versions of CRISPR-Cas systems with distinct properties in the farthest reaches of the globe. To do this, systems of different species living in extreme environments are explored, or molecular design techniques are applied to modify them. A radically different way of finding new systems is to look for them in the past, which is in fact the basis of this research.

The Nanobiotechnology group at nanoGUNE, led by Raúl Pérez-Jiménez, has spent years studying the evolution of proteins from the origin of life right up to the present day. Ancestral reconstructions of proteins and genes from extinct organisms are carried out to see what qualities they have and whether they can be used in biotechnological applications. It is a journey back in time conducted by means of biocomputing techniques. In this work, which has just been published in the journal Nature Microbiology, the evolutionary history of CRISPR-Cas systems, from ancestors dating back 2.6 billion years to the present day, has been reconstructed for the first time.

The research team carried out the computational reconstruction of the ancestral CRISPR sequences, synthesized them, and studied and confirmed their functionality. ”What is surprising is that we can revitalize Cas proteins that must have existed billions of years ago and find that they already had the capacity then to operate as gene editing tools; we have now confirmed that by successfully editing genes in human cells,” explained Lluís Montoliu, researcher at the National Biotechnology Center of the CSIC (CNB-CSIC) and CIBERER, and head of the team that has functionally validated these ancestral Cas proteins in human cells in culture.

Another interesting finding in the study is that the CRISPR-Cas system has gradually become more complex over time, which is a sign of the adaptive nature of the system; it has been gradually adapting to new virus threats that have been hanging over bacteria throughout evolution. ”This research signifies an extraordinary advance in knowledge about the origin and evolution of CRISPR-Cas systems. About how the selective pressure of viruses has over billions of years been fine-tuning rudimentary, initially not very selective machinery; this had been taking place until a sophisticated defense mechanism was produced; it is a mechanism capable of distinguishing with great precision between its own DNA, which it must preserve, and the genetic material of unwanted invaders, which it must destroy,” added the University of Alicante researcher who discovered the CRISPR-Cas technique, Francis Mojica. On the applied side, "the work represents an original approach to the development of CRISPR tools to generate new tools and improve those derived from existing ones in current organisms," added Mojica.

”Current systems are highly complex and are adapted to function within a bacterium. When the system is used outside this environment, for example in human cells, it is rejected by the immune system and there are also certain molecular restrictions that limit its use. {0>Curiosamente, en los sistemas ancestrales algunas de estas restricciones desaparecen, lo que les confiere una mayor versatilidad para nuevas aplicaciones”, recalca Pérez-Jiménez<}100{>Oddly enough, in ancestral systems some of these restrictions disappear, which gives these systems greater versatility for new applications,” as Pérez-Jiménez pointed out.

Miguel Angel Moreno, head of the Genetics Service at HRYC-IRYCIS-CIBERER, pointed out that "the ingenuity that an ancestral nuclease could have, insofar as it does not so specifically recognize some regions of the genome, turns them into more versatile tools for correcting mutations that until now could not be edited or were not corrected very efficiently". His team has developed the Mosaic Finder tool, which, by means of massive sequencing and bioinformatics analysis, has enabled the effect of genome editing carried out by these ancestral Cas in human cells in culture to be characterized.

Ylenia Jabalera, researcher in the project at nanoGUNE, says that “this scientific achievement can make available gene editing tools with properties different from the current ones, and which are much more flexible; that opens up new avenues in DNA manipulation and treatment of diseases such as ALS, cancer and diabetes, or even in diagnostic tools for diseases”.

The work is the outcome of international research by several centers and laboratories led by nanoGUNE in collaboration with the groups of Francis Mojica of the University of Alicante, who coined the acronym CRISPR. The following people are also involved: Lluís Montoliu, researcher at CNB-CSIC and CIBERER and one of the leading CRISPR researchers in Spain; Marc Güell of the Pompeu Fabra University and winner of the National Award in Research and Technology Transfer in the field of genome editing for therapeutic purpose; Miguel Ángel Moreno-Pelayo, head of the Genetics Department at Ramón y Cajal Hospital-IRYCIS and member of CIBERER; and Benjamin Kleinstiver of Massachusetts General Hospital and the Harvard School of Medicine, a world leader in the design of CRISPR-Cas systems.

Evolution of CRISPR-associated Endonucleases as Inferred from Resurrected Proteins