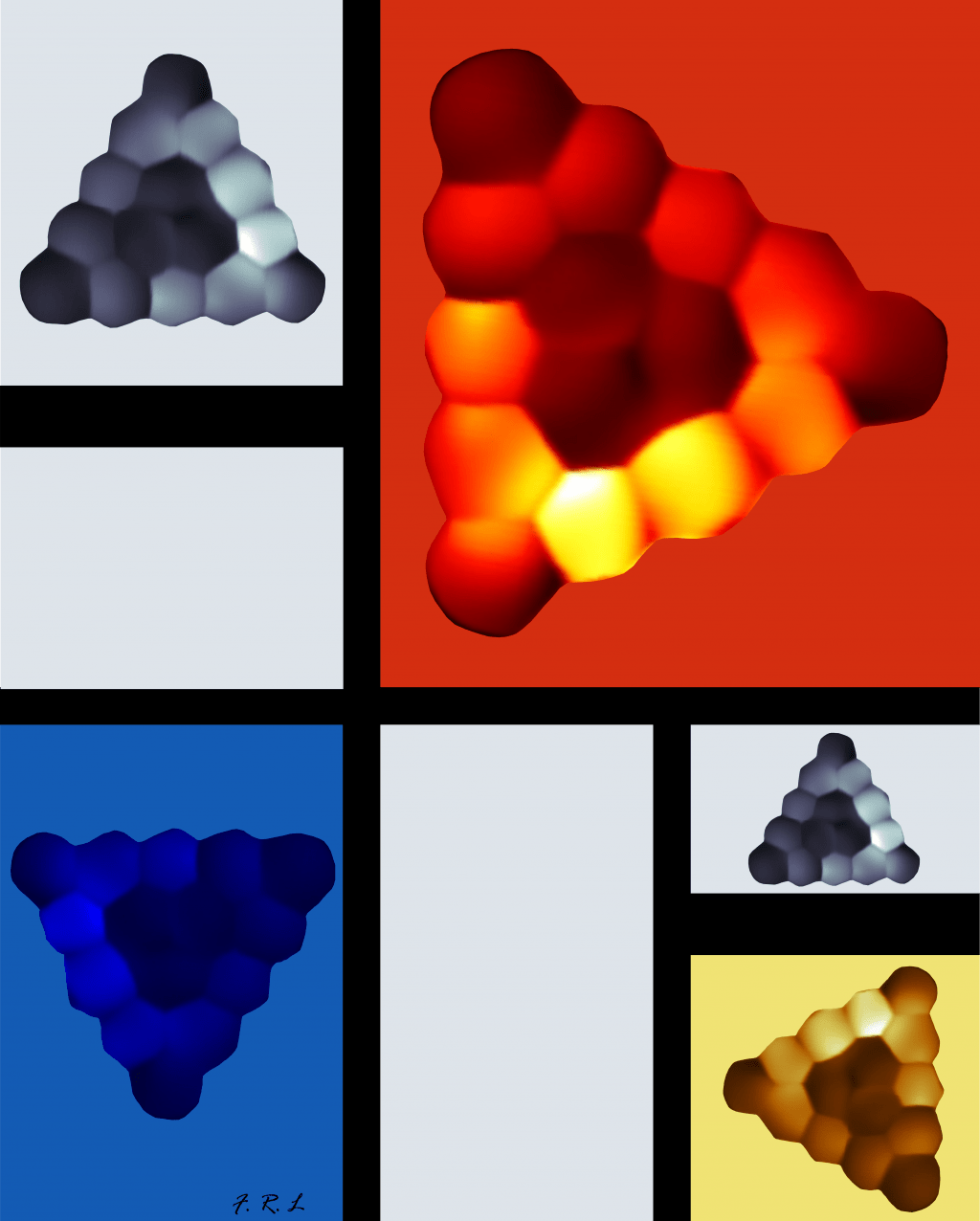 The Aza-5-Triangulene is an open-shell nanographene which magnetic behaviour could be useful for carbon-based molecular devices and spintronics applications. By functionalizing the STM tip with a CO molecule, the chemical structure of the molecules can be resolved by scanning close to it in the Pauli repulsion regime. Doping with a N atom reduces the number of unpaired electrons. There are 3 radicals in total which are delocalised over the rings of the edges, which appear brighter in the bond-resolved image, due to the increased local density of states.