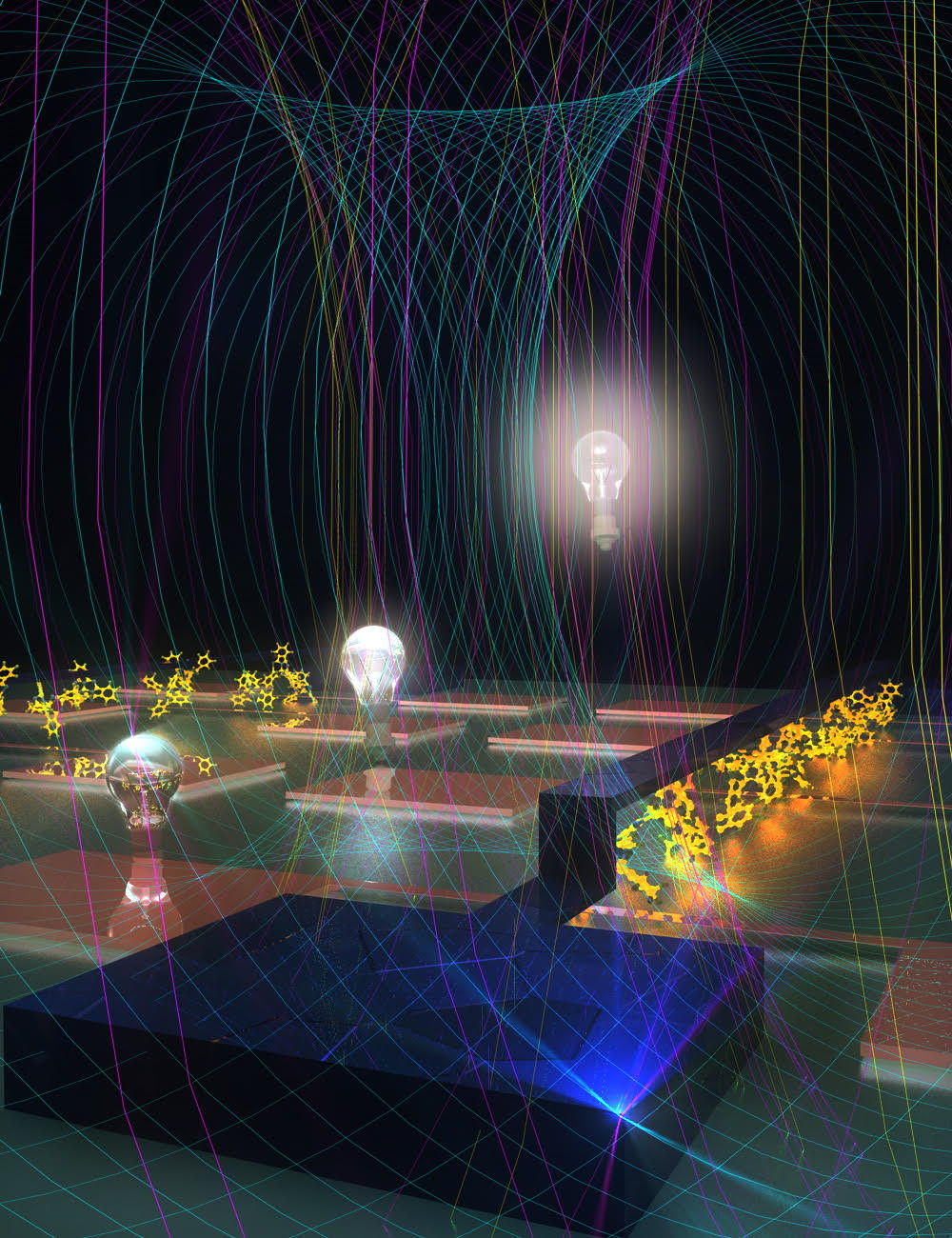 An international research group led by the Ikerbasque researcher Luis Hueso —leader of CIC nanoGUNE’s Nanodevices Group—, and which has had the participation of the China Academy of Sciences, the Max Planck Institute (Germany) and nanoGUNE itself, has developed a photovoltaic cell in which magnetic materials such as electrodes are used for the first time to provide current. The prestigious scientific journal Science has reported on the results of this research which, in Luis Hueso’s view, “is opening up a new channel for converting light into electrical power more efficiently”.

As the nanoGUNE researcher explained, “the device is simply a photovoltaic cell manufactured from an organic material —fullerene C60— and fitted with cobalt and nickel magnetic electrodes”. Fullerene C60, known as Buckyball, is a ball-shaped molecule comprising 60 carbon atoms. What is more, the magnetic electrodes produce current with an added property known as spin. The combination of both is no coincidence since fullerene is known to be a photovoltaic material that could allow the spin direction to be controlled. The use and control of this properly allows the efficiency of the solar cell to be increased, thus making it capable of generating a bigger current. As Hueso explained, “the spins of the usual solar cells are ‘disordered’ but thanks to magnetism we have managed to ‘order’ them so that a bigger current can be collected”. The researchers have confirmed that the use of electrodes of this type increases the photovoltaic efficiency of the device by 14%.

The device has another added advantage as it has been found to be capable of directly generating alternating current, which is much more useful in applications than the direct current generated by the usual solar cells, as transformers no longer need to be used. “The reversal of the current takes place in the device itself when the electrons created by the light interact with the magnetic contacts, whose spins have been ‘ordered’,” explained Hueso.

Even though it is true that the researchers have demonstrated that the use of magnetic electrodes allows the efficiency of the photovoltaic cells to be increased, they insist that they are still a long way from obtaining an optimum photovoltaic cell. With this aim in mind they are working on building similar devices using organic materials which have already shown themselves to be more efficient than fullerene. The researcher affirms that “in the future it will be possible to build a commercial device that acts as a solar module and produces alternating current directly”.

This work is the result of a piece of research funded by the Government of the Basque Autonomous Community, the Spanish Ministry for the Economy and Competitiveness, and the European Union through the European Research Council.