A fresh step towards quantum computing

The researcher Jose Ignacio Pascual of nanoGUNE, together with researchers of the Free University of Berlin, has developed a method to manipulate magnetism in atoms. This research makes it possible to drive forward the exploration of new methods of information storage and computation on an atomic scale. The work has been published recently in the prestigious journal Nature Physics. 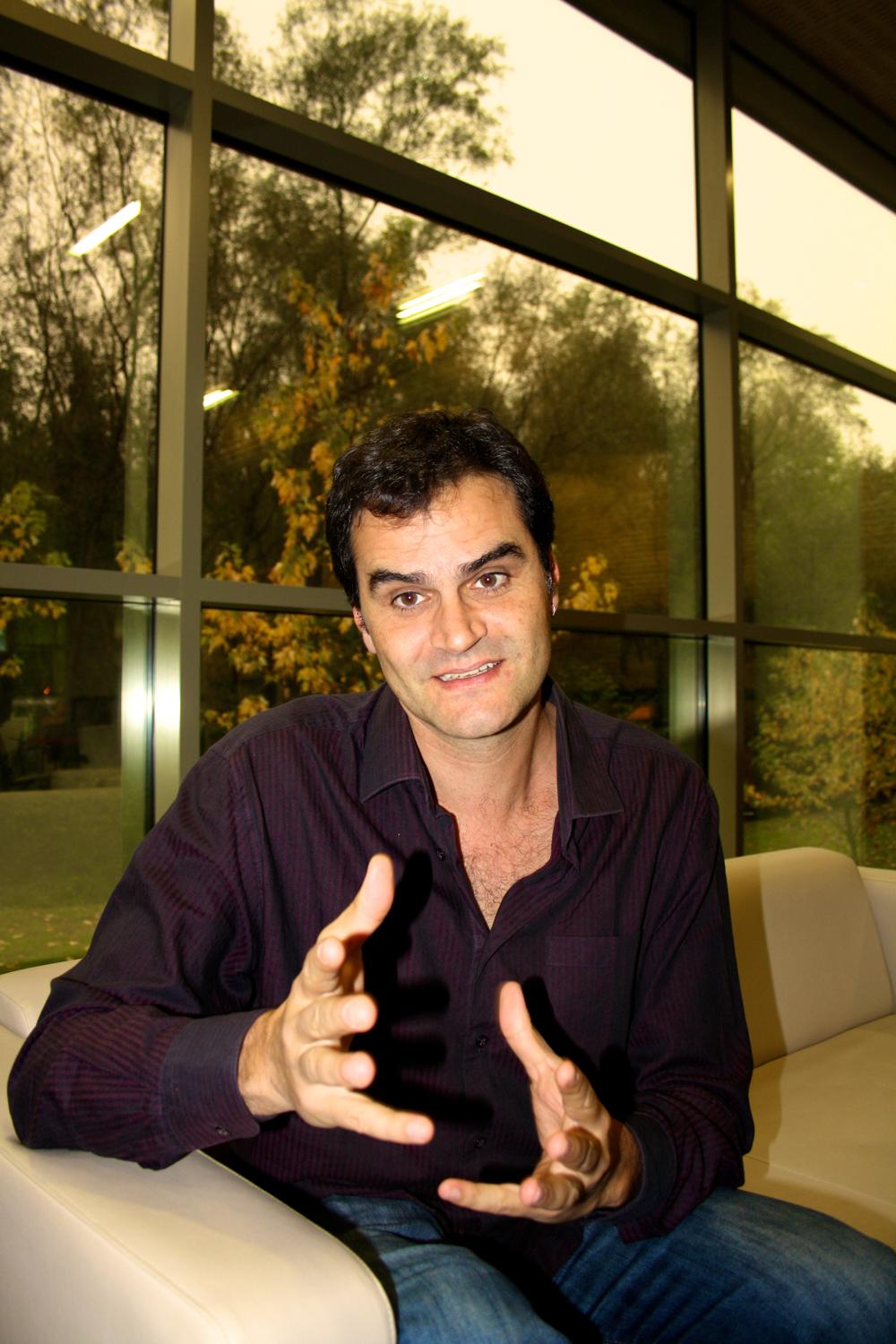 Advances in technology for computation and information storage always require to make the systems smaller and faster. The limits of miniaturization are those set by nature: Materials are composed by specific units, the atoms, that cannot be further divided. The question arising is: Can we still codify information at the atomic scale? And the answer is yes, we can! but one needs to manipulate a property of the atoms, individually, and keep them in that state there for sufficiently long time to be able to read it. One of the aims of the Ikerbasque researcher José Ignacio Pascual of nanoGUNE and his collaborators at the Free University of Berlin is to explore under which conditions one can write and read information by manipulating the magnetism of atoms. By studying the behaviour of tiny magnetic molecules in contact with a superconductor surface they have shown that it is possible to find a regime in which the superconductivity of the surface “assists” the magnetism of the atom and facilitate the processes of writing and reading its magnetic state. The study is contributing towards the ultimate goal of computation with individual atoms, as it shows that it is possible to manipulate the magnetic state in which an atom finds itself and make the latter last long enough to be “read”. The work has been published recently in the prestigious journal Nature Physics.

Magnetism and superconductivity are two highly complex properties of materials that are used in many technological applications in fields as wide-ranging as information computation and storage, medicine, transport, etc. Magnetism, the property that causes magnets to stick to iron, for example, is determined by a property of atoms known as ‘spin’. Put simply, the spin causes each atom to behave like a tiny magnet.

Atom spin tends to be “pointing” in a specific direction, which depends on how the atom interacts with its surroundings. The challenge of computation with spins is therefore about controlling this orientation by using electrical impulses as a method for encoding a piece of data. “One of the problems we come up against is that the spin lasts very little time in this new position. The interaction with its surroundings ends up dominating it and it very quickly returns to its original position. If we want to use it to store information, we need to be able to guarantee that it will remain longer in the position we give to it,” explains José Ignacio Pascual. “It is as if we were to raise a hand to ask permission to speak; our natural state is to be with our hands by our sides so we have to be capable of keeping a hand raised long enough so that our message can get through,” added the nanoGUNE researcher. 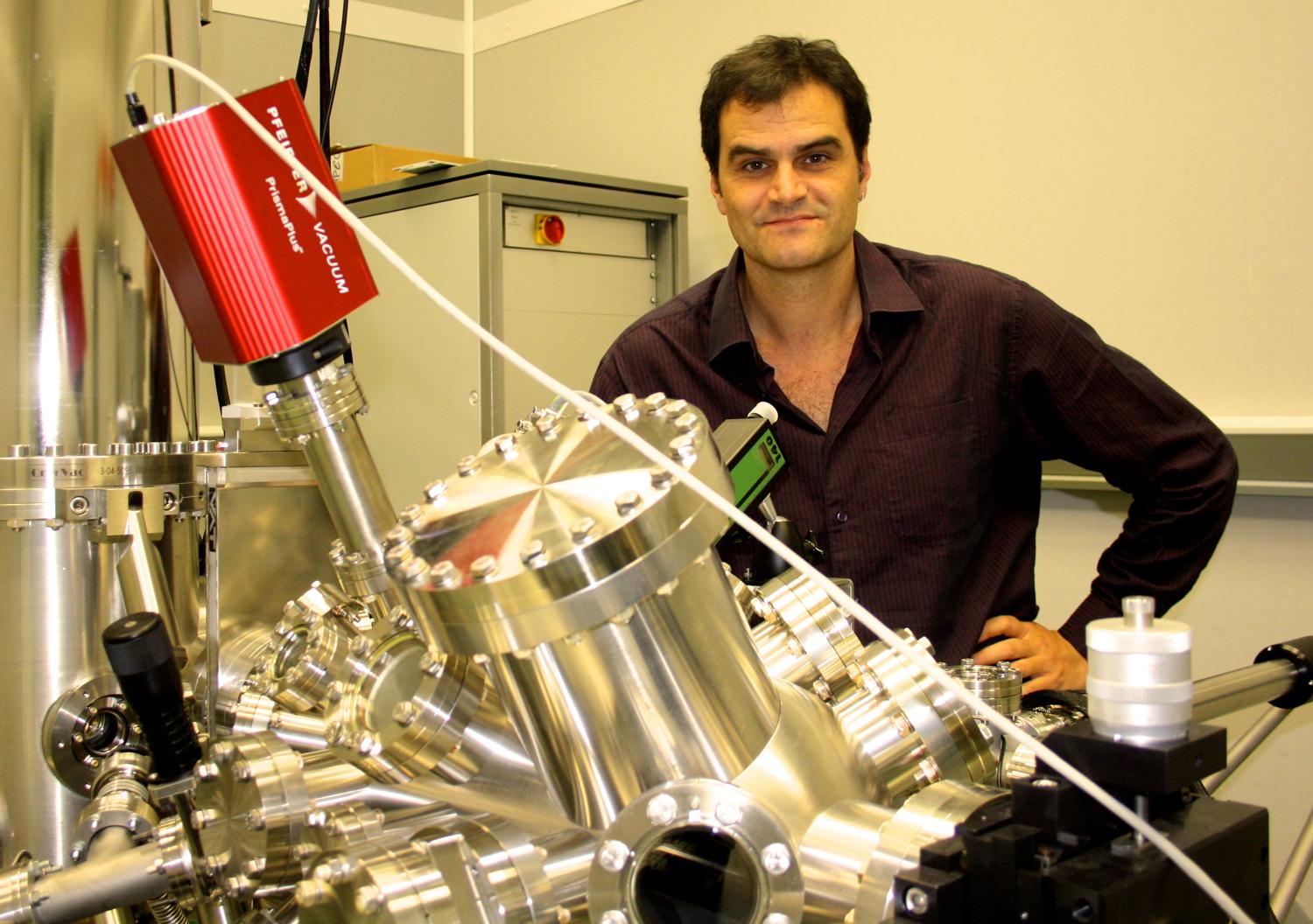 Once the coexistence of the two properties was achieved, experiments have shown that in a superconductor it is much easier to read the modified state of spin, because this new state lasts much longer. “In a superconductor the electrons are paired off, a property that is crucial for keeping the spin going for longer in the orientation we bring about, so that we can read it with electric currents,” he explains. The superconductor used was lead and to write and read the state of spin they used an ultra-cold tunnel-effect microscope at a temperature of –272ºC. “Our measurement showed that the spin of the magnetic atom placed in a superconductor lasts 10,000 times longer than in a normal conductor,” stresses the nanoGUNE researcher. These results will drive forward the exploration of new methods of information storage and computation on an atomic scale, in other words, what is known as quantum computing.

José Ignacio Pascual-Chico (Madrid, 1968) is an Ikerbasque Research Professor and leads nanoGUNE’s Nanoimaging group. He has a PhD in Physics from the Autonomous University of Madrid. He was at the Fritz Haber Institute of the Max Planck Society and at the Institute of Materials Science in Barcelona, before arriving in Berlin. He spent a total of 12 years in Berlin, the last eight as Professor at the Freie Universität Berlin. He came to nanoGUNE in September last year to pursue his professional career here.

The CIC nanoGune Nanoscience Cooperative Research Centre, located in Donostia-San Sebastian (Basque Country), is a research centre set up with the mission to develop basic and applied research in nanoscience and nanotechnology; it does so by encouraging the high level capability and training of researchers in this field, and by promoting cooperation among the various agents of the Basque Science, Technology and Innovation Network (universities and R&D centres) and between these agents and industry.