The research centres Donostia International Physics Center (DIPC), the Centre for Materials Physics (CFM CSIC-UPV/EHU), CIC nanoGUNE and CIC biomaGUNE have joined forces to present a joint programme to mark International Day of Women and Girls in Science, being held worldwide on Monday, 11 February. In Donostia-San Sebastian the programme will go on until Friday 15 February with public talks, workshops, visits and seminars in which 50 volunteers from the organising research centres will be participating. The aim of the initiative is to transmit a clear message: Science is girls’ stuff. 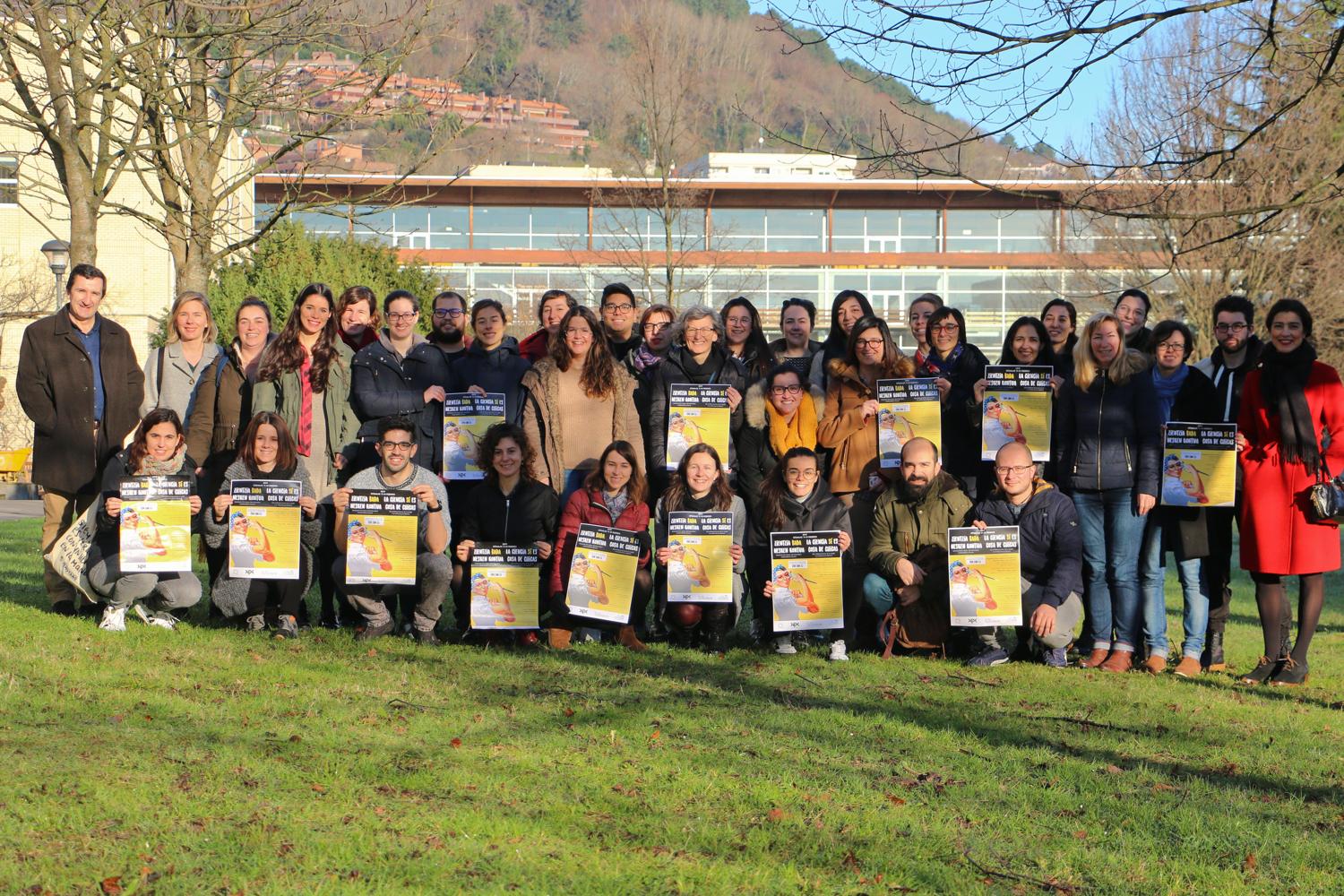 The programme will kick off on Monday, 11 February. There will be a series of short talks entitled “Hand in Hand” and open to the general public at 19:00 hours at the Koldo Mitxelena Kulturgunea. This new format will be reporting on the research activity at our centres through the scientific collaboration existing between men and women. The following researchers will be participating together in the talks: Reyes Calvo (CIC nanoGUNE) and Miguel Moreno (DIPC-CFM), Celia Rogero (CFM) and Sebastian Bergeret (DIPC-CFM), and Aitziber López-Cortajarena (CIC biomaGUNE) and Fernándo López-Gallego (University of Zaragoza/CIC biomaGUNE).

The programme also includes educational activities designed to bring the world of science to young students and draw attention to the role of women scientists. 9 and 10-year-old children will be participating in the workshop entitled"Do you know any women scientists? to be held at CIC biomaGUNE and CIC nanoGUNE; they will have the chance to get an in-depth perspective on nanoscience and biotechnology, respectively, through some fun scientific demonstrations. In addition, the DIPC and the CFM will be hosting a visit by Sixth Form students; it will be a chance for these youngsters who are deciding their future careers to get to know the everyday side of research first-hand. These activities with schools have been planned in advance.

Along the same lines, in the specific workshop for teenage girls “Science is Girls’ Stuff” scheduled for 15 February at CIC nanoGUNE, the participants will have the chance to be scientists for a day and do various nanoscientific experiments.

The programme also includes the “Amona’s Power” activity designed to pay tribute to the figure of the adult woman as a transmitter of scientific culture. The workshop will be held on 14 February at the CFM where, besides getting to know the state-of-the-art research being done at our centres by their protagonists, the participants will be able to discover the science hidden in everyday objects and activities through entertaining experiments that can be easily replicated at home.

Finally, with the scientific community in mind, a seminar has been organised on Open Science to be given by Eva Méndez, Vice-Chancellor for scientific policy of the Carlos III University and chair of the European Platform of Open Scientific Policy of the European Union. In 2020 the European Union is aiming to fully open access to scientific publications in order to change the dynamics of pay journals and large science publishers. These new regulations are raising questions at the heart of the scientific community. The talk will be held at the Carlos Santamaria Centre (UPV/EHU) on 13 February at 12:00 hours and is open to the whole Campus.