Message from the Director

Advances in nanoscience and nanotechnology are nowadays at the heart of the technological development of our society. Our current ability to observe and control matter at the atomic and molecular scale (the nanoscale) will allow, in the next few decades, the design of new objects and the development of more efficient and less expensive manufacturing processes in a great variety of industry sectors. 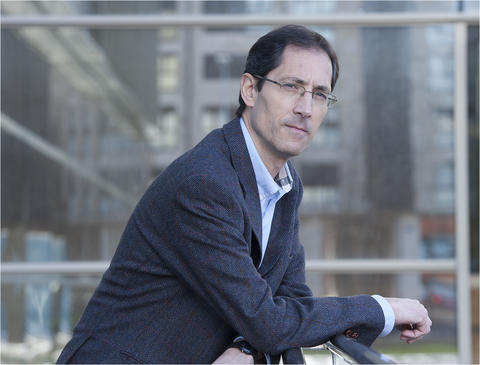 At nanoGUNE, it is our mission to carry out world-class nanoscience research, thus contributing to the creation of the necessary conditions for the society to benefit from a wide range of nanotechnologies: confronting new scientific challenges through cooperation with other research and technological agents in the Basque Country and worldwide, building bridges that fill the gap between basic science and technology, as well as promoting high-level training and outreach activities.

With the objective of placing the Basque Country at the forefront of nanoscience research, we have been successful in putting together a state-of-the-art infrastructure and incorporating highly-qualified researchers that have been making outstanding contributions in various fields of nanoscience and nanotechnology. We are also succeeding in transferring our knowledge into the market through the creation of new nanotechnology-based companies, and working directly with the industry in R&D projects.

Being a small center in a small country, we will keep developing close scientific partnerships with the best research laboratories around the world, with the expectation that we will always find the niche for us to offer something different. This is the big challenge of the small.

2001 · The Science, Technology, and Innovation Plan launched by the Basque Government for the period 2001-2004 included nanotechnology as an strategic research area, due to its potential for having a major impact on the competitiveness of Basque companies

2005 · The Department of Industry, Innovation, Trade, and Tourism of the Basque Government sets up a strategy for the promotion of a Nanoscience Cooperative Research Center

April 2010 · NanoGUNE's first start-up company, Graphenea, is founded as a joint venture of private investors and nanoGUNE, with the mission of commercializing high-quality graphene wafers and developing graphene based-technologies.

January 2014 · NanoGUNE's External-Services Department is launched with the mission of offering a wide range of characterization and fabrication services to external users, both ecademic and industrial.

January 2014 · Simune Atomistics is launched, as a joint venture of four leading scientists and nanoGUNE, with the mission of commercializing atomic-scale and electromagnetic simulations.

July 2014 · Ctech-nano is launched, as a joint venture of two local companies (AVS and Cadinox) and nanoGUNE, with the mission of providing ALD custom coating services and specific coating tools.

September 2014 · Evolgene is launched in the framework of an Idea that is being supported by the Entrepreneurs Fund of the Spanish oil company Repsol with the mission of reconstructing ultraeficient ancestral enzymes with potential industrial application in biofuel and cosmetics, for example.

NanoGUNE is a research center with the mission of performing world-class nanoscience research for the competitive growth of the Basque Country.

A unique infrastructure of 6 200 m2 was set up to host a cleanroom of nearly 300m2 and 15 ultra-sensitive laboratories with state-of-the-art equipment.