The Piero Brovetto Award 2015 has been awarded to nanoGUNE's pre-doctoral researcher Nicolò Maccaferri for “his contributions to the fields of nanomagnetism and nanooptics, in particular for the study of the magnetoplasmonic properties of magnetic resonant nanostructures”. 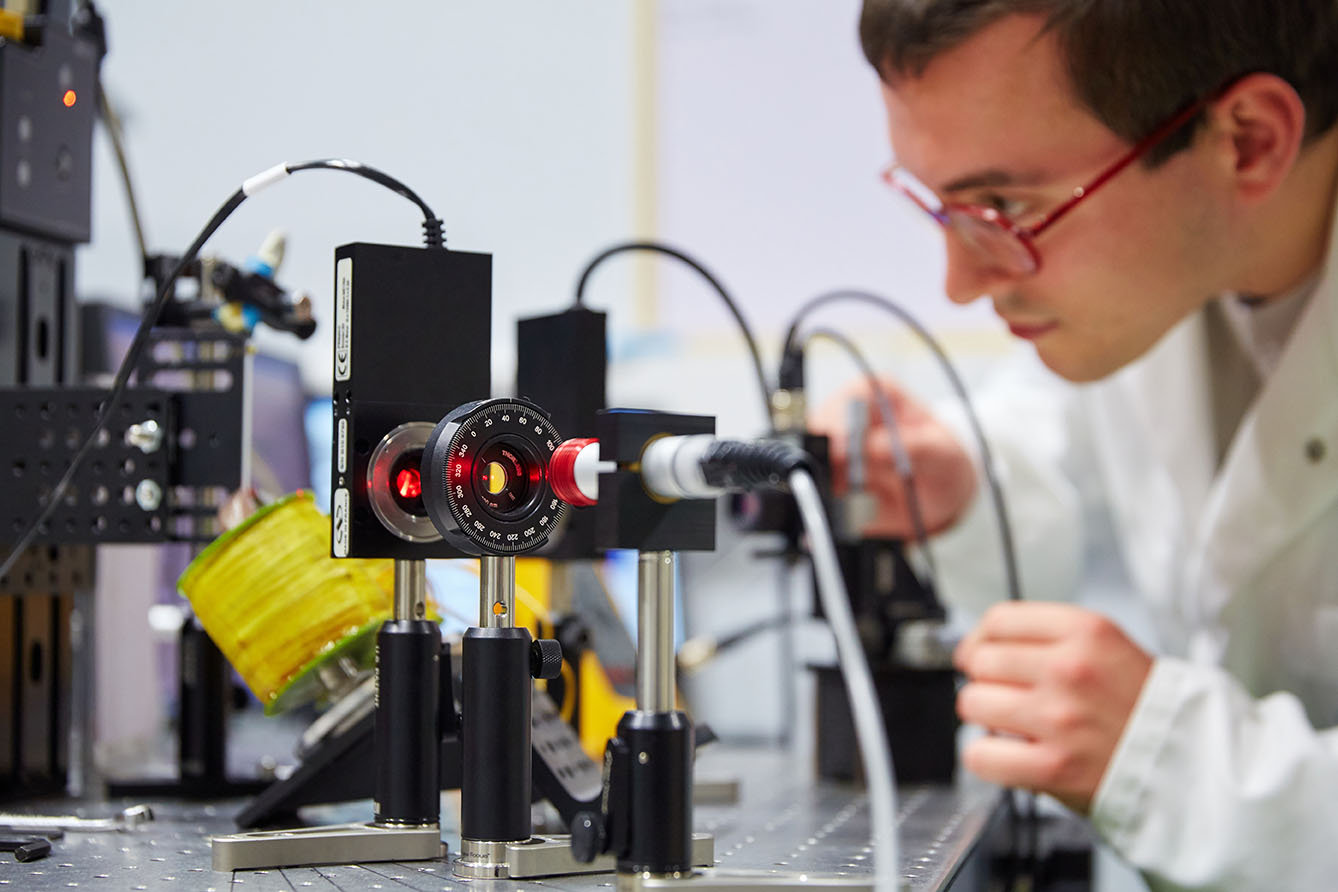 The prize is part of a series of awards given annually to young researchers who have distinguished themselves for their contribution in different topics, such as Condensed Matter Physics, Nuclear Physics or Theoretical Physics. According to Nicolò Maccaferri, "it is a real honor to be awarded with this prize, which recognizes my efforts in discovering novel effects in plasmonic magnetic nanostructures, such as the mechanism which governs such effects and how to apply these materials to real-life applications”.

“I’m really grateful to my family, which always supported me in my choices. I’m especially grateful to Paolo Vavassori primarily for accepting to be my supervisor, and also for his support and guide in pursuing the great research we do together every day at nanoGUNE. I would like to thank also all my colleagues and collaborators inside and outside nanoGUNE..Finally I thank also Andreas Berger and Txema Pitarke for giving me the possibility to work in nanoGUNE, and the Basque Government which is the funder of my Doctoral Grant”, concludes Maccaferri, who is now starting his last year of PhD in nanoGUNE, and looks forward to new challenges in the exciting research field at the border between magnetism and optics. 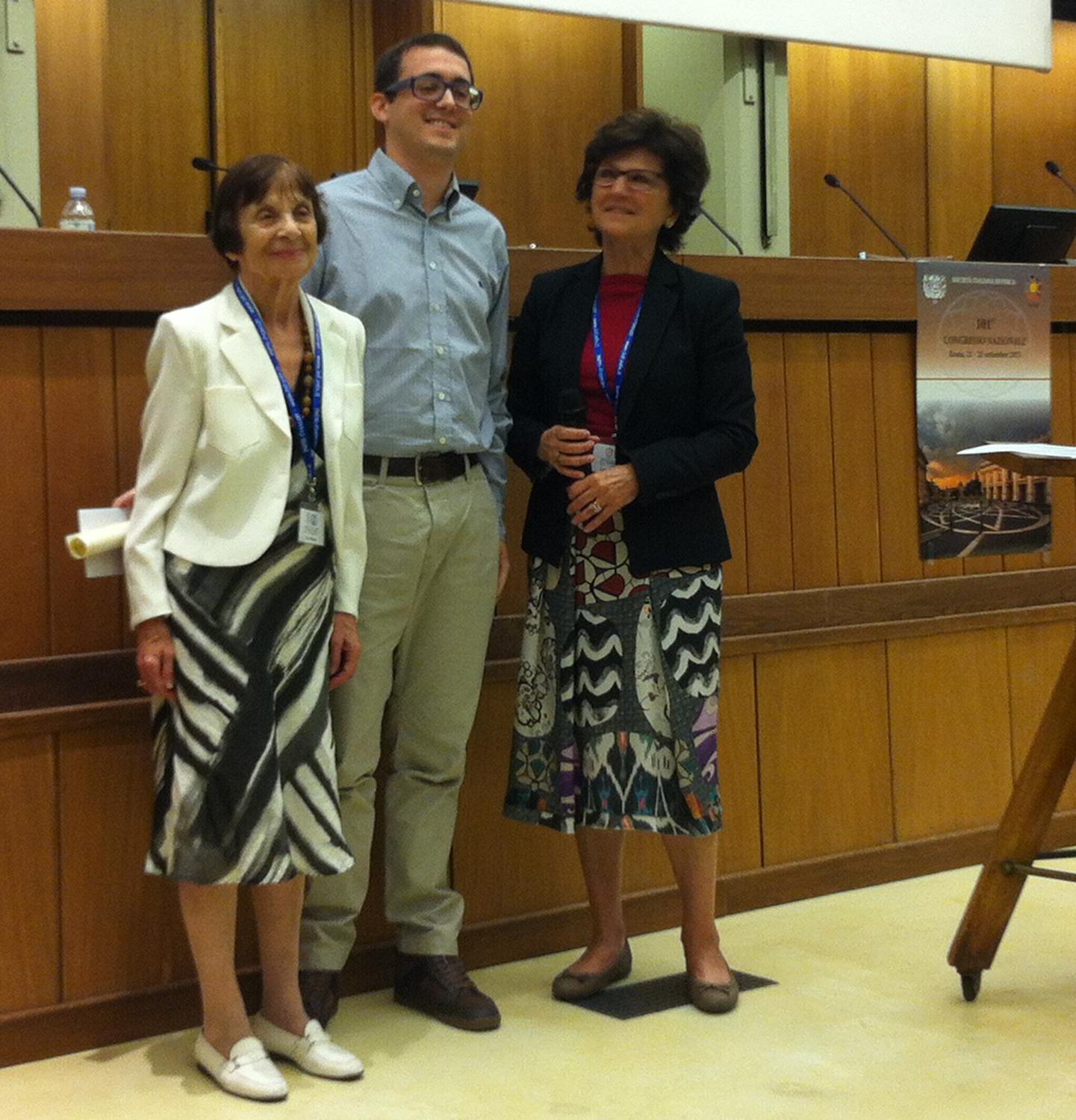 The Award, which is yearly assigned to a young Italian researcher who has given important contributions to the Condensed Matter Physics research field, is dedicated to Prof. Piero Brovetto (1926-2013). The award is financed by the family of Prof. Brovetto and contains a prize money of 1.500 euros. The prize is awarded every year during the opening ceremony of SIF (Italian Society of Physics) National Congress. The selection of the winners is made by the Council of SIF or by proper award committees.

Prof. Piero Brovetto (1926-2013), born in Torino in 1926, took the Degree in Chemistry in 1951 and in Physics in 1952 from the University of Torino. In the early stage of his career, as Researcher at the Italian Institute of Nuclear Physics (INFN) of Torino, he focused his research on the Oberhauser effect, the cosmic rays and the parity violation. He obtained also funding by the Italian Research Council (CNR) and FIAT to build one of the first nuclear accelerator in Italy. He then continued his studies on different topics, in particular molecular spectroscopy. In 1962 he got the position of Full Professor at the University of Cagliari, where his research was more focused on the Condensed Matter Physics, in particular on the luminescence phenomena and superconductivity. During his career he contributed to the development of some techniques, such as the derivative spectroscopy and the spectral-resolved thermo-luminescence.