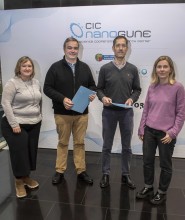 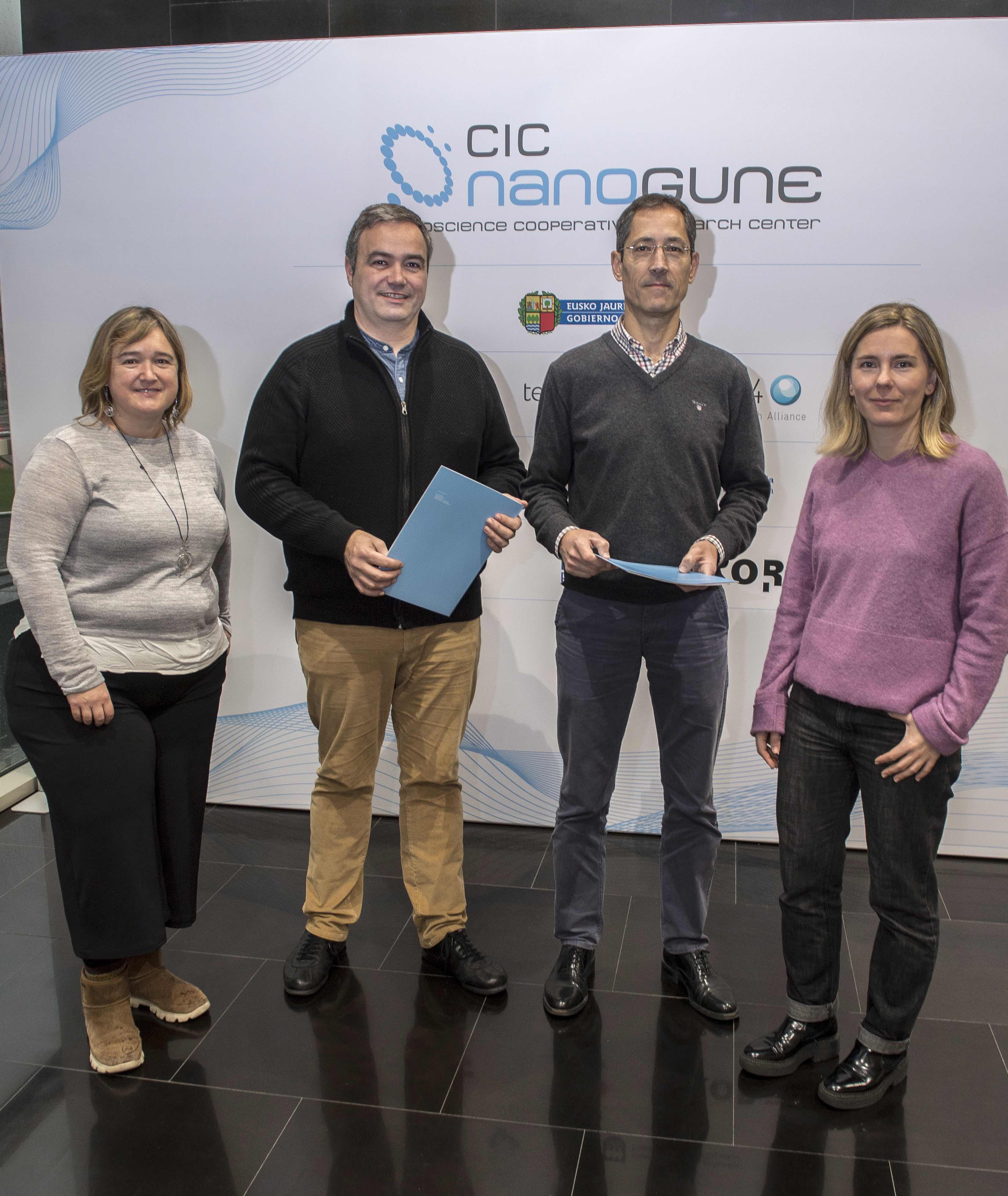 Elhuyar Zientzia Azoka is a fair of scientific projects developed by young people; an opportunity to learn about scientific research and technological development.

With the new year, the nanoGUNE cooperative research center, has committed to actively participate in the initiative. The research center considers the Elhuyar Zientzia Azoka a strategic project to awaken scientific and technological vocations among young people, to promote the scientific culture of society, and to disseminate local and current science. In order for the initiative to have a significant scope, both organizations consider the collaboration with agents of the scientific and technological network of the Basque Country very important.

Thus, the director of nanoGUNE, Txema Pitarke, and the general director of Elhuyar, Jon Abril Olaetxea, have signed a collaboration agreement.

The general director of Elhuyar has explained that "from the Basque language, generating technology and knowledge and spreading science, we want to build an active and egalitarian society, in which we want to have a positive impact on the future of young people". To this end, he highlighted the need for collaboration with the agents of the Basque Science System in order to "offer real references to young people". For this reason, he was satisfied with the new agreement that has been signed within the framework of the Elhuyar Zientzia Azoka.

The nanoGUNE research center has been conducting cutting-edge research and active outreach work for years. On this occasion, Txema Pitarke explained that promoting STEM vocations among young people is essential.

The objectives of nanoGUNE and the Elhuyar Foundation coincide, and the collaboration and coordination between different institutions will allow them to make the most of their strengths by joining forces.

Elhuyar Zientzia Azoka started in October with the beginning of the course and will end with a big fair in spring. At the fair, young people will show the general public their projects and research work in an open and accessible space.

Thanks to the signing of this agreement, nanoGUNE will collaborate during the previous acts and events of the Zientzia Azoka, as well as in person, in the celebration of this one in Bilbao next May 9th, 2020.

Likewise, through this agreement, nanoGUNE commits itself to host two winning groups of the Zientzia Azoka. During the two-day stay, the young people will get to know the work carried out by nanoGUNE and will accompany the research staff in the research they are carrying out at that time. On the other hand, an expert from the center will participate in the meetings to select the best works of Elhuyar Zientzia Azoka.