The Basque nanoscience research centre CIC nanoGUNE and the multinational company Intel, the world’s largest manufacturer of integrated circuits, are working together on a state-of-the-art project that seeks to develop what Intel refers to as the “MESO logic”: a new technology that combines memory, interconnections and logic requirements for future computing needs. 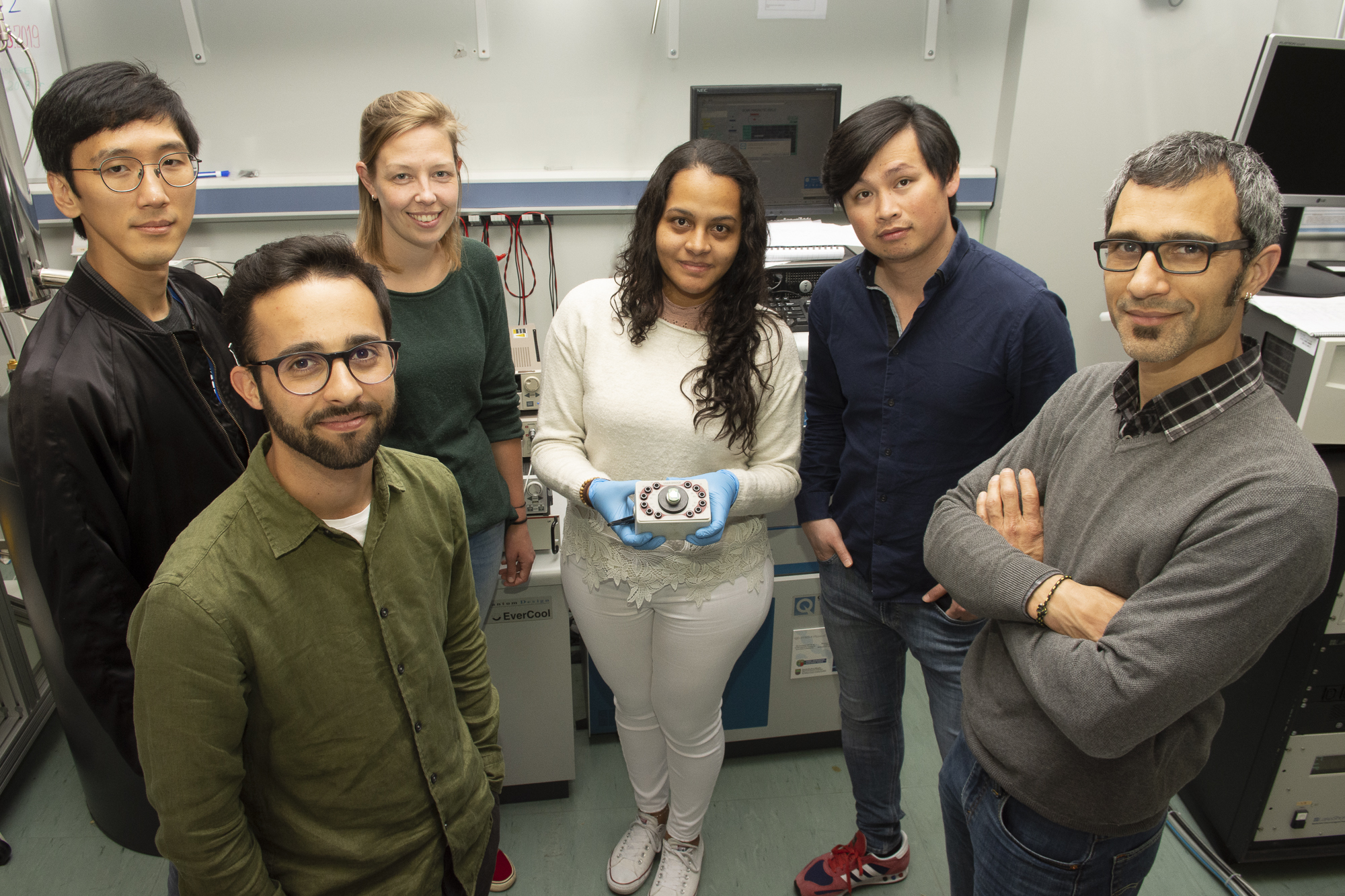 According to the Ikerbasque researcher Fèlix Casanova, who is leading the “MESO” project at nanoGUNE, there are two unavoidable challenges that will drive the transition towards new electronic technologies. The first one, inherent to the current CMOS technology (based on silicon and used on a massive scale), is its physical limit. “The number of transistors integrated in a chip has been doubling every two years, but this scaling has a limit and when we make the transistor too small sometime soon, it will no longer work because we will lose ‘control’ over the electrons. There is no way we will be able to make transistors smaller!" explained Casanova. The second challenge has to do with the digital age. The vast quantity of information currently processed and stored implies a massive demand for electrical power. According to a study published in Challenges1, the electricity consumption for the use and transfer of digital data could account for 20% of global electricity usage by 2030. That is why “any small improvement in the energy savings of a computer could constitute huge global savings”, added the nanoGUNE researcher.

The first meeting between the world’s largest manufacturer of integrated circuits and the nanoGUNE research centre took place in July 2015 in Hong Kong. “In a workshop on spintronics, which is my field of expertise, Dr. Sasikanth Manipatruni (Intel) publicly presented their “MESO logic” proposal for the first time and, in parallel, expressed his interest in our research on the so-called 'spin-orbit coupling’, as it was one of the key elements in their proposal,” said Fèlix Casanova.

After an initial phase to explore the possibility of working together, nanoGUNE has signed a research project with Intel aimed at improving the performance and energy savings of future computers by optimizing MESO technology. The laboratory of the Nobel Prize winner Albert Fert at CNRS/Thales (France) and two groups at the University of California, Berkeley (USA) also participate in the project. The contract signed with the multinational corporation, amounting to $ 650,000, has allowed nanoGUNE to set up a dedicated working team to develop the project.

“It’s tremendously gratifying to see something that began as basic research could end up in a revolutionary application that would change the electronics paradigm,” said Casanova. “What we are dealing with is a clear example of what can be done and of the innovation that could reach industry. If we can demonstrate, once the project has been completed, that the device is experimentally viable and meets the required levels of efficiency, it is very likely that Intel will pursue its exploitation,” concluded the nanoGUNE researcher.

WHAT IS MESO LOGIC?

Various alternatives have been put forward to tackle the challenge of the physical limit of CMOS technology and energy consumption while the performance of computers, mobile phones and other technological gadgets is improved. One of the most mature proposals is spintronics, which has huge potential and is destined to become an alternative for current electronics. “The Intel researchers I collaborate with have proposed a logic system that would allow Moore’s law to be maintained beyond CMOS: the MESO logic2,” added Casanova.

“MESO logic has two basic modules. One module reads the information from the magnetic bit, in which we aim at using a unique quantum effect known as ‘spin-orbit coupling'. The other one writes the magnetic bit using the magnetoelectric effect of certain materials,” explained Casanova. “It is up to our nanoGUNE team to find the best materials so that the signal sent by the magnetic bit is large enough and the device is viable as has been proposed. The ultimate goal of the project will be to integrate the two modules into a complete device. “The memory of current computers is located on a device (hard disc, RAM) and the logic operations are done on another one (microprocessor), so time and energy are wasted when information is constantly transferred between these two devices. On a MESO circuit the two parts are completely integrated, and that would enable a huge improvement in performance,” highlighted Casanova.