NanoGUNE is set to participate in two new projects on quantum electronics and hybrid coatings in one of Europe’s most competitive programs, the European Union’s Initial Training Networks (ITN), starting January 2018. Through this participation the center will be receiving nearly half a million euros for each project for the coming four years. 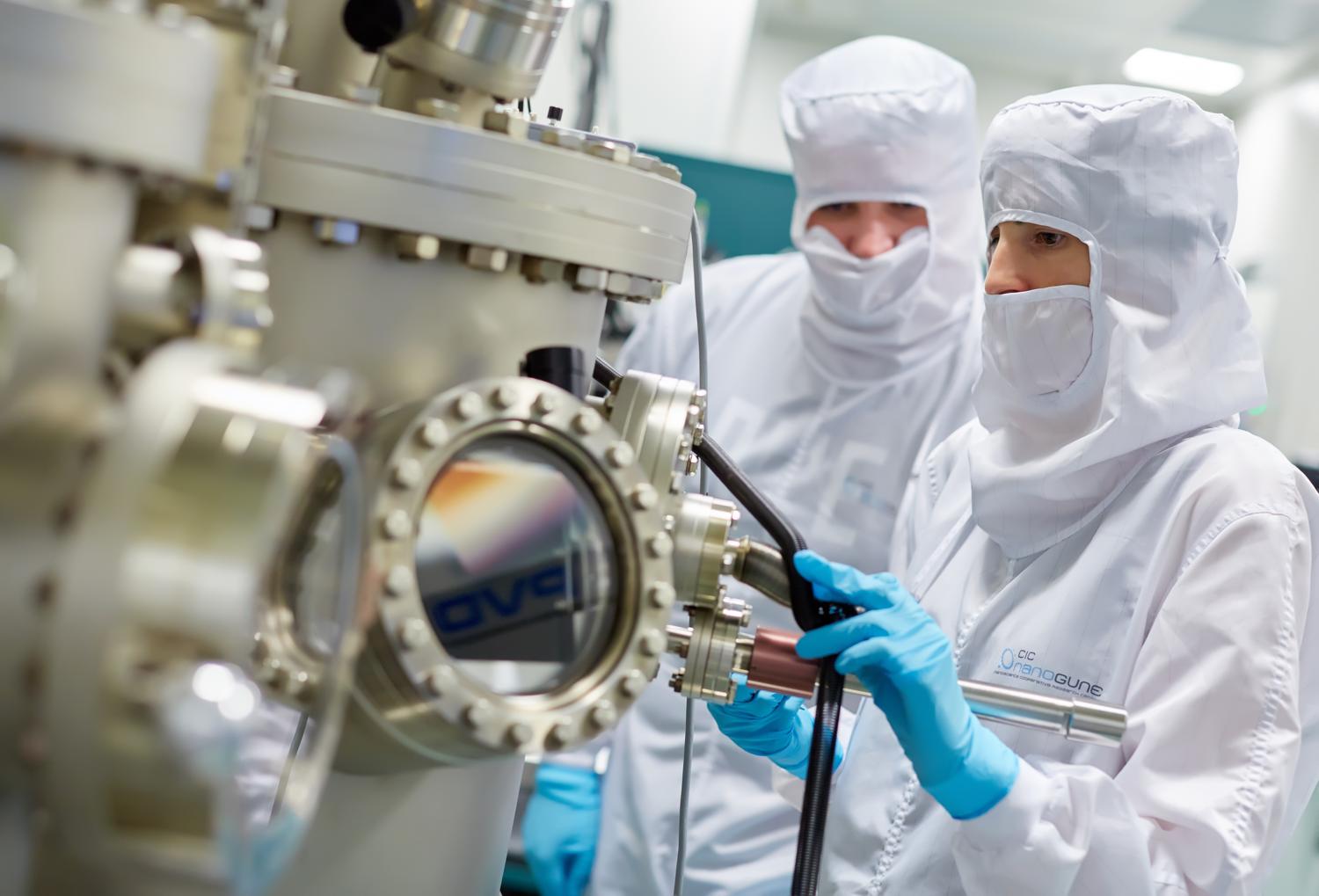 Finding a replacement to current CMOS technology in electronics that can be smaller, faster and, most importantly, with less energy consumption is a global challenge. Recently, Intel proposed what they refer as the “MESO” logic, a new technology that combines memory, interconnections and logic requirements for future computing needs, which might allow to maintain Moore’s law beyond CMOS while being more energy efficient.

In order to prove the feasibility of this disruptive technology, Intel and nanoGUNE have been joining forces in the last one and a half years. “The core element of MESO logic has two active parts. One part “reads” the information from the memory (a magnetic bit), which uses a unique effect known as ‘spin Hall effect'. The other one “writes” the magnetic bit using the magnetoelectric effect of certain materials”, explains Ikerbasque researcher Fèlix Casanova, who is leading the “MESO” project at nanoGUNE. Whereas the team of Components Research at Intel have proposed this technology, the group of nanodevices at nanoGUNE is a world-renown expert in the spin Hall effect. “According to the calculations of Intel’s team, we need the two parts to operate at the same voltage for the circuit to work: 0.1 Volt. The biggest problem is that previous devices using this spin Hall effect could only provide 10 nanoVolt, that is, 10 million times less. The big challenge is thus to increase this output voltage for the “reading” part”, adds Casanova.

Now, the first results of these joint efforts are being published in the journal Nature Electronics. The groups of nanoGUNE and Intel have been able to increase by 10,000 times this voltage, by simply using a better design but with the standard material for this effect, platinum. Although they still did not reach the final value for this technology to work, they unveil different paths on how to achieve it. First, the signal given by the device they have designed scales when the dimensions are reduced, which is a requirement for any technology to be introduced in the market (otherwise miniaturization would not be possible). Second, they identify the exact role of the materials in the device, and estimate that certain materials (like the recently discovered topological insulators) have the necessary properties that should allow them to bridge the remaining gap of 1,000 times enhancement for the 0.1 Volt goal. These results, thus, bring the MESO technology a step closer to reality. 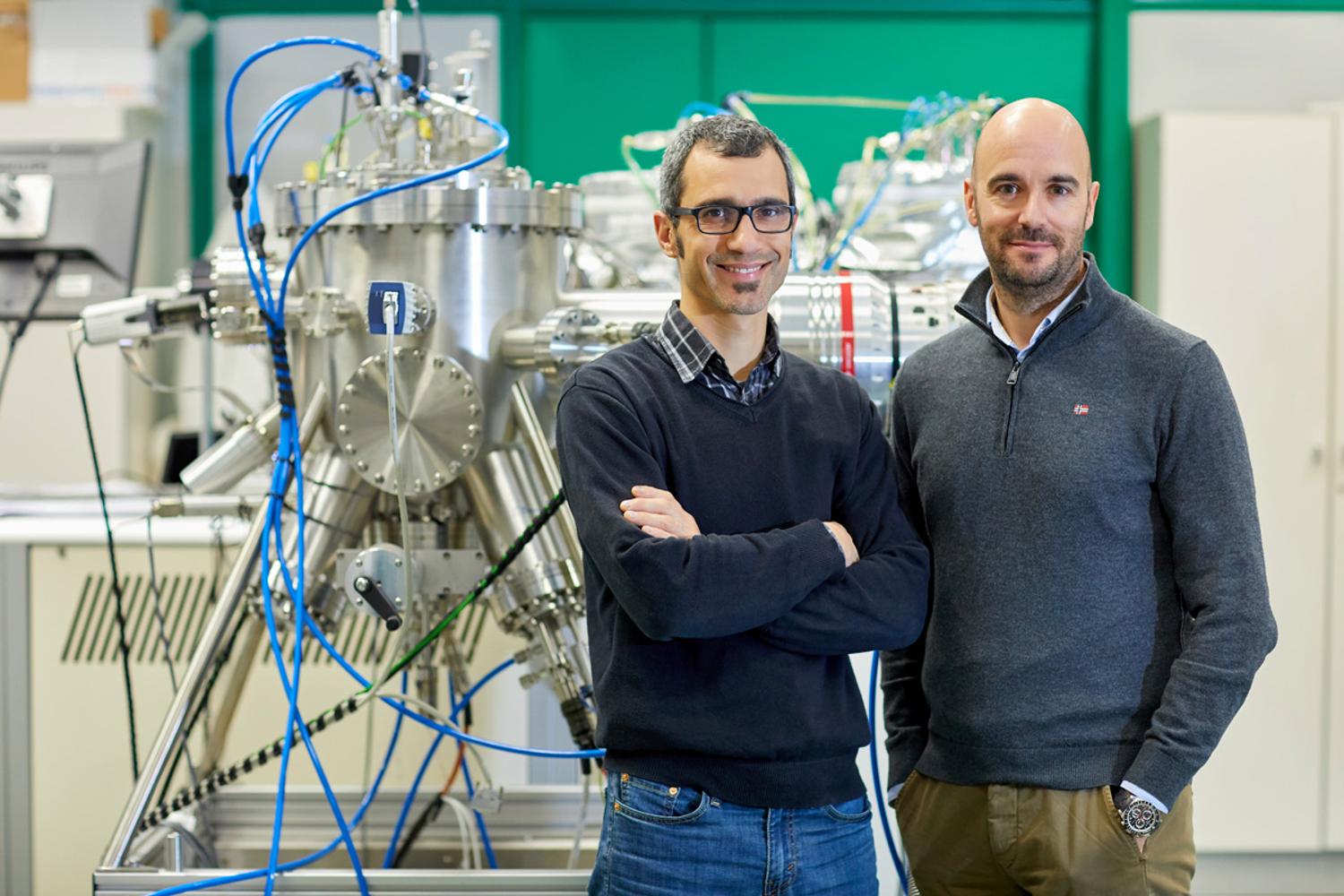 According to the Ikerbasque researcher Fèlix Casanova, who is leading the “MESO” project at nanoGUNE, there are two unavoidable challenges that will drive the transition towards new electronic technologies. The first one, inherent to the current CMOS technology (based on silicon and used on a massive scale), is its physical limit. “The number of transistors integrated in a chip has been doubling every two years, but this scaling has a limit and when we make the transistor too small sometime soon, it will no longer work because we will lose ‘control’ over the electrons.

Finding a replacement to current technology in electronics that can be smaller, faster and, most importantly, with less energy consumption is a global challenge. Fèlix Casanova and his team in nanoGUNE, in collaboration with the multinational company Intel, have been working hard in the last years in a disruptive technology for the electronics of the future: MESO technology. A new technology that combines memory, interconnects and logic requirements for future computing needs.