A team of researchers from Université Grenoble Alpes - CNRS - Spintec, Unité Mixte de Physique CNRS-Thales, and Université d'Evry, and also including Dr. Diogo. C Vaz, currently at CIC nanoGUNE, reports on an alternative strategy to achieve low-power spin detection in a non-magnetic system. The results have now been published in Nature. 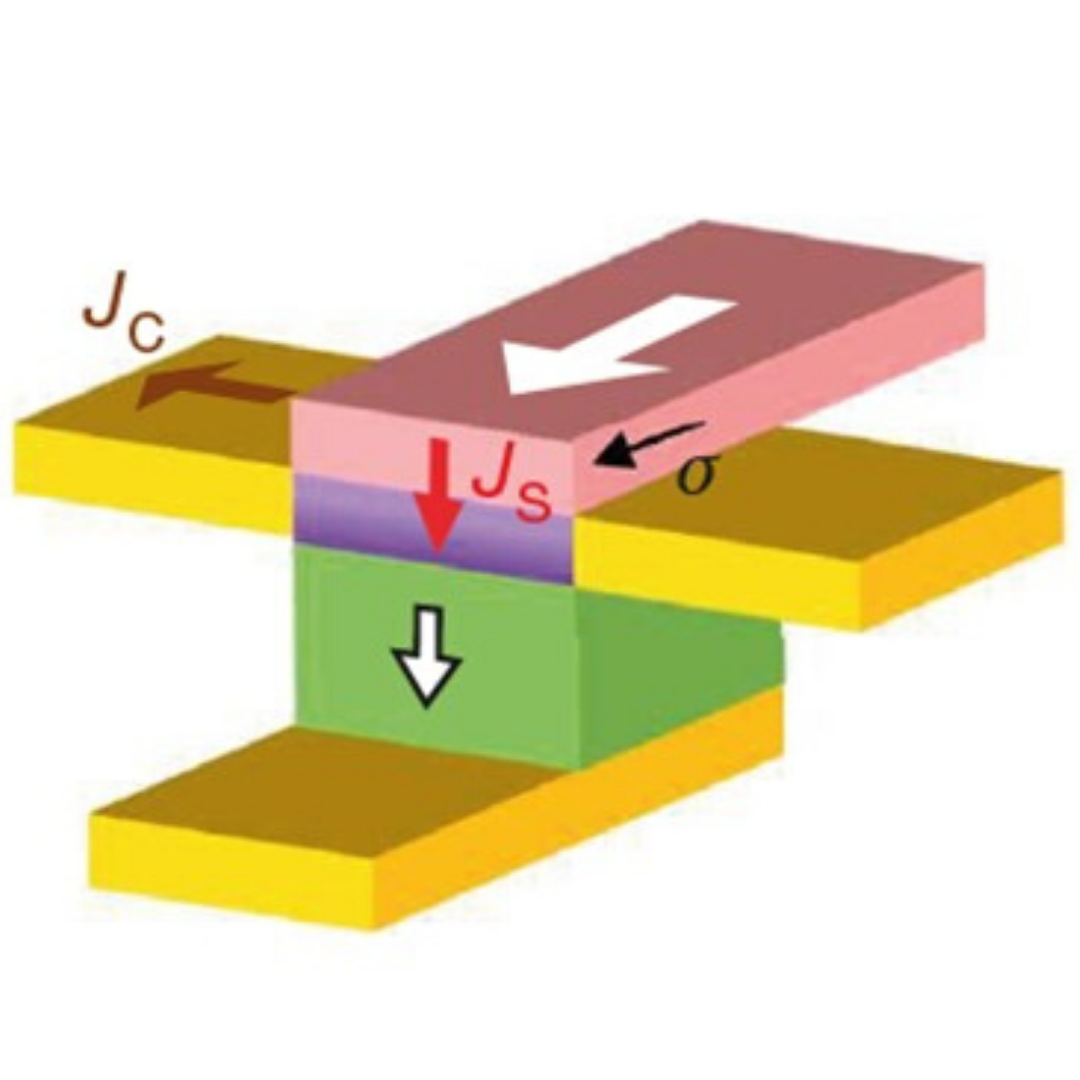 "After 50 years of development, the technology of today’s electronics is approaching its physical limits, with feature sizes smaller than 10 nanometres. It is also becoming clear that the ever-increasing power consumption of information and communication systems needs to be contained. These two factors require the introduction of non-traditional materials and state variables", state the authors in the paper.

Diogo. C Vaz and co-workers demonstrate spin-to-charge conversion controlled by polarization reversal of a ferroelectric material. They harness the electric-field-induced ferroelectric-like state of strontium titanate (SrTiO3) to manipulate the spin–orbit properties of a two-dimensional electron gas, and efficiently convert spin currents into positive or negative charge currents, depending on the polarization direction.

"This research opens the way towards spintronic devices that operate on ferroelectricity rather than on ferromagnetism, thereby consuming 1,000 times less energy", conclude the Spintec team on their website.

Nature News and Views highlights that the method now reported is an example of low-power methods for controlling electrons spin, necessary to maintain the historic rates of progress that are occurring in computational power.

Nature News and view: Electric control of a spin current has potential for low-power computing, by Stefano Gariglio.