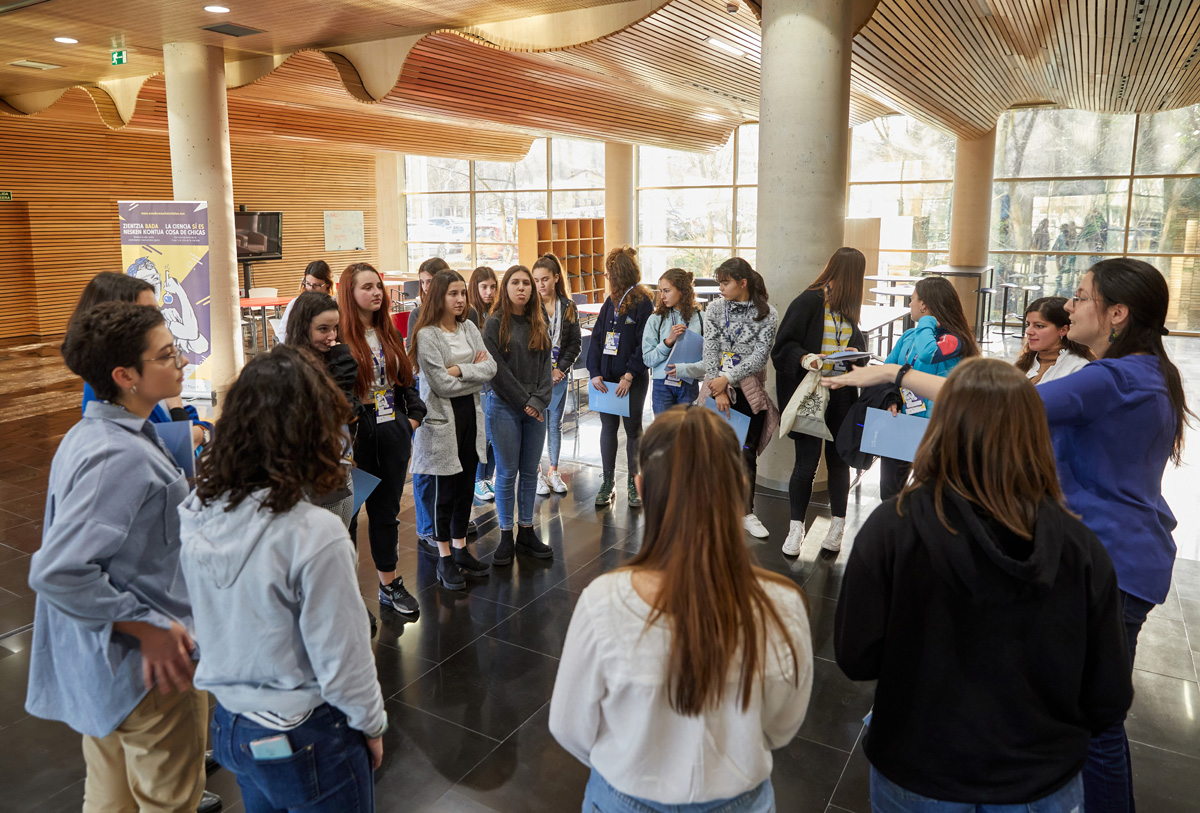 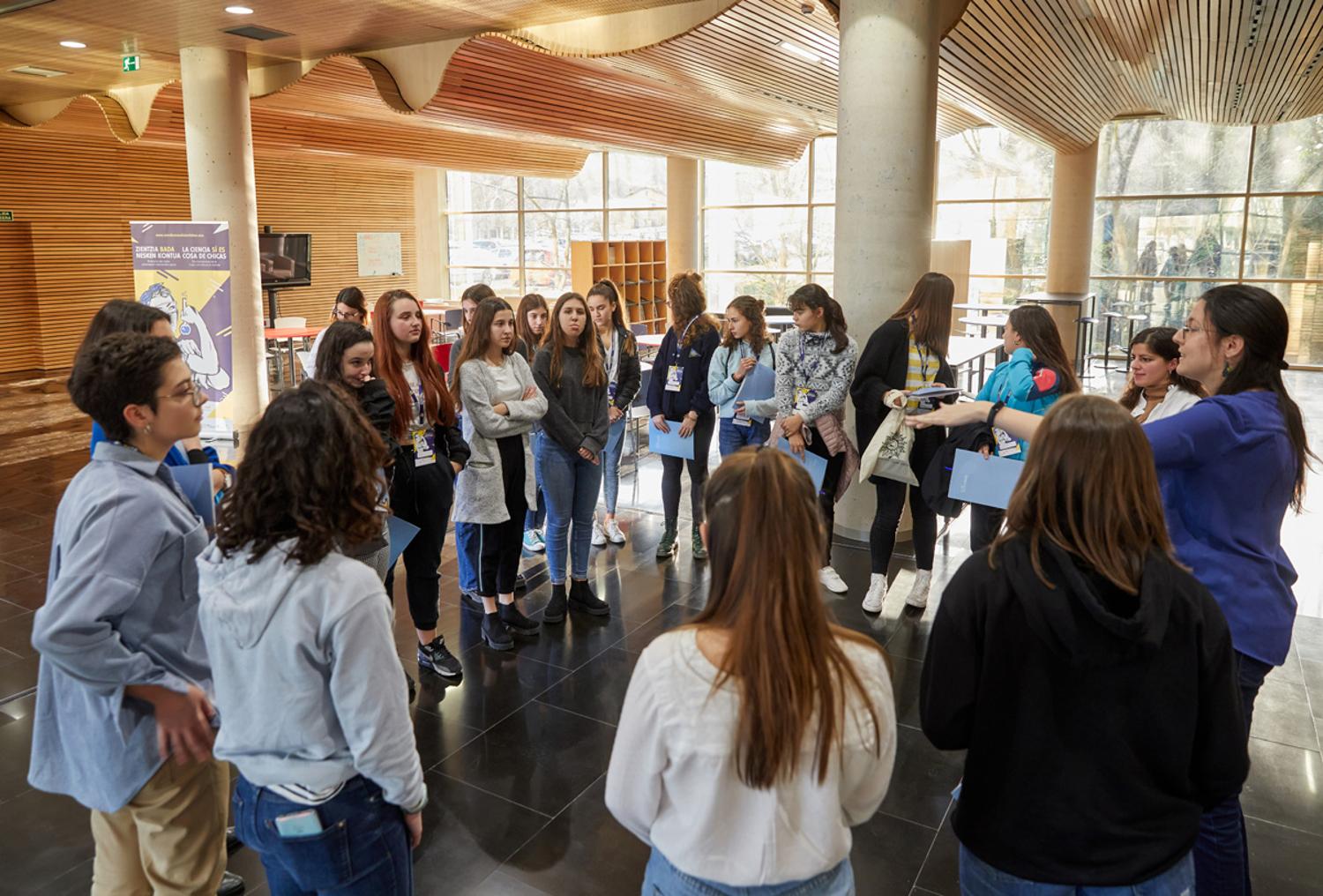 More than 500 people came to ‘Emakumeak Zientzian 2020’ event, held from 7th to 14th February. The main objective of this initiative is to make women's work in science visible and to break the belief that scientific-technical activities are a work for men. During the whole week different activities have been organized thanks to the involvement of more than forty volunteers of the different organizations.

In addition, the initiative ‘Emakumeak Zientzian 2020’ has had the collaboration of the Provincial Council of Gipuzkoa, Fomento de San Sebastián, Donostia Kultura, the University of the Basque Country (UPV/EHU) and the Spanish National Research Council (CSIC).

Within the ‘Emakumeak Zientzian 2020’ programme, we have organized activities for all ages; 'Science is a girls thing', 'Scientist, yesterday and today', 'Gymkhana' for families', ‘School visits', 'Amona’s Power ' and a roundtable event on ‘Equality in science; experiences and future '.

'Science is a girl's thing.

The first workshop was held at CIC nanoGUNE on 7th February. Guided by researchers from nanoGUNE and POLYMAT, young women aged 14 to18 year-olds had the opportunity to become scientists for a day.

On the evening of 7th February, the second activity was organized in the Club of the Victoria Eugenia Theatre. Six women researchers, presented their work and their lifes, and paid tribute to women scientists who have been pioneers in the past. Thus, each scientist has claimed, through a session of about 10 minutes, the work of female science, so that it is never again questioned in the future.

On the 8th of February it was the families' turn. This time, the meeting point was the Ibaeta University Campus. In this gymkhana, the teams had to pass the different games they found in the Ibaeta Campus.

On 11th February, several groups of primary and secondary school children approached our centers. Researchers from the research institutes prepared a series of activities related to the topic of women in science.

On 13th February, women over 55 years old had the opportunity to get to know the world of research and international excellence in our research centers. This activity has been carried out to extol the image that adult women have as bearers of scientific culture.

'Equality in science; experiences and future.'

Finally, on 14th February, a round table was organized at the Carlos Santamaría Center for the scientific community. Leading professional and scientific women from the world of research and business participated in this meeting. The round table aimed to provide a space where experiences and emotions could be shared in a calm manner, giving the voice to women working in the field of science nowadays.