An international team of researchers, including members of nanoGUNE's Nanooptics group, unveils in ‘Nature Communications’ fundamental aspects of nanolight refraction in highly anisotropic media. The researchers also report the design of a new planar nanolens 1000 times smaller than the thickness of a human hair, which enables control of nanolight propagation, laying the groundwork for the development of photonic nanotechnologies with exciting possibilities. 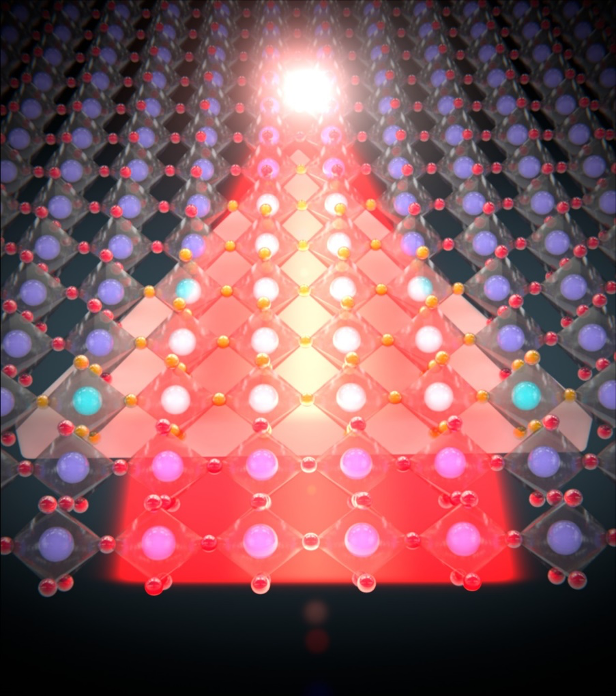 Light refraction accounts for the change of direction and speed that a wave undergoes when passing from one medium to another. Glasses and contact lenses, microscopes and telescopes, or something as commonplace as the fact that a pencil inserted into a glass of water appears bent when viewed from the outside, have their origin in the optical phenomenon of refraction. A research team led by the University of Oviedo has now succeeded in unraveling fundamental aspects of nanolight refraction in anisotropic media and in developing the first nanolens, which will make it possible to control the propagation of nanolight in these media. This finding is opening up exciting possibilities for multiple applications, ranging from the field of biodetection to energy use, and including chemistry, security and information processing.

The development of more compact, energy-efficient devices requires controlling the propagation of light at the nanoscale. One of the main alternatives for this is the study of polaritons –electromagnetic waves that are excited when certain materials are illuminated and propagated over their surface in a manner similar to waves in the sea. In what are known as two-dimensional materials, such as graphene, boron nitride, or molybdenum trioxide, the thickness of which can be of the order of nanometers, in other words, 100,000 times smaller than the thickness of a human hair, the size of these waves can reach tens of nanometers and turn into a kind of nanolight. This holds great promise for developing new nano-sized optical circuits and technologies, which could open the door to a whole host of applications in communications, security and biological sensors.

The study of this nanolight involves, among other things, understanding fundamental optical phenomena, such as reflection or refraction, and learning how to exploit them in such minute dimensions as these. In particular, the studies into nanolight conducted so far have mostly focused on the use of isotropic nanomaterials, in other words, those, such as graphene, in which light is propagated equally along all the directions of space. By contrast, in anisotropic nanomaterials the propagation of light does not occur in the same way along different spatial directions, which offers interesting opportunities for controlling the light in a directional way and using it in future photonic technologies.

An international team led by the University of Oviedo and the Center for Research in Nanomaterials and Nanotechnology (C1NN) of the CSIC (National Research Council) in L'Entregu, in collaboration with the Donostia International Physics Center (DIPC) in Donostia-San Sebastian, CIC nanoGUNE in Donostia-San Sebastian, the Moscow Institute of Physics and Technology in Russia, the Technological University of Denmark and the University of Kansas in the USA, has now achieved a milestone by unraveling fundamental aspects of nanolight refraction in highly anisotropic media. To do this, they used samples of a two-dimensional material: molybdenum trioxide. Apart from their interest from a fundamental point of view when it comes to understanding how to efficiently manipulate light at the nanoscale, these findings represent a significant breakthrough with applications in optical computing or in the development of extremely compact, planar biosensors.

Specifically, the team of scientists has demonstrated, both theoretically and experimentally, that the phenomenon of nanolight refraction between two anisotropic nanomaterials can display exotic properties, such as propagation along non-intuitive directions (giving rise to nanolight refraction without any deviation taking place in the direction in which it is propagated), as well as an extremely small size of the refracted waves (large confinement). Based on these findings, the researchers have designed a novel optical element of nanometer dimensions: a planar anisotropic nanolight lens. Using this element, they have managed to focus the nanolight in volumes much smaller than its wavelength (nanolight size), which is known as hyperfocusing or hyperlensing. These new capabilities to control nanolight propagation are opening up exciting possibilities in a multitude of applications, ranging from the field of biodetection to energy use, including chemistry, security and information processing.