The Nanodevices group participates in the 2D-INK Fet Open project

The 2D-INK project, led by the Molecular and Supramolecular Materials group of POLYMAT-UPV/EHU, has been funded by the European Union with 2,962,661 €. The projects aims at developing inks of novel 2D semiconducting materials -needed for the functioning of electronic devices- for low-cost large-area fabrication processes on insulating substrates through a new methodology, which will exceed the properties of state-of-the-art graphene- and graphene oxide based inks. From these semiconductor inks it would be possible to produce the next generation of ultrathin electronic appliances (such as transistors, LEDs, and solar cells) using the same technology of the current inkjet printers. 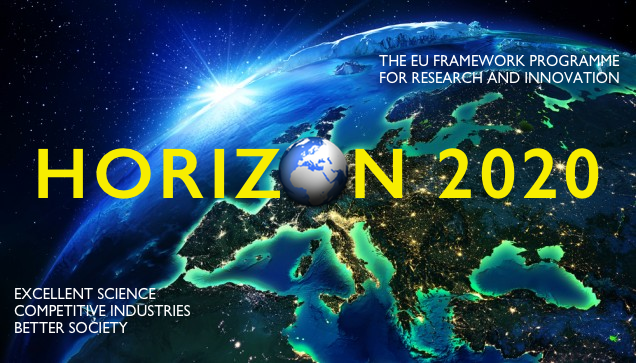 The Nanodevices group at nanoGUNE is one of the 9 partners of the project. Its contribution will be to fabricate and test transistors with the semiconductor ink provided by other partners in the consortium. NanoGUNE will also take care of the miniaturization of the devices, having in mind possible electronic applications, such as wearables. With this purpose, they will receive 297,600€ for a 3 years period.

The company Graphenea, launched by nanoGUNE and a group of private investors in 2010, will also participate in the project. The collaborative research-team is completed by six more European university partners: Algoritmi Center of the Universidade do Minho (Braga, Portugal); ICMol Institute of the Universitat de Valencia (Valencia, Spain); the Technische Universität München (Munich, Germany); the Katholieke Universiteit Leuven (Leuven, Belgium); the Universität Wien (Vienna, Austria); and the University of Nottingham (United Kingdom).

The FET-OPEN (Future and Emerging Technologies) projects of the European Union support research lines in early stages, based on ideas that may arise new technology lines. Thus, the EU initiative encourages scientists and engineers from many disciplines to cooperate in research projects that promote scientific progress. It is noteworthy, too, that the European program FET -OPEN is a highly competitive call: only 24 of the 643 submitted projects (3.7%) have been funded across Europe.

The development of semiconductor inks from two-dimensional materials with different properties represent, according to the coordinator of the project, Aurelio Mateo-Alonso, "a major breakthrough in the field of new materials for the next generation of ultra-thin electronic devices such as transistors, LEDs, solar cells, protodetectors, etc.". The researchers also predicts the submission of patents, given the technological possibilities of 2D-INK and the involvement of a private company.