Women at the forefront of science and technology

Twenty-four Basque entities join forces around the Emakumeak Zientzian project by signing a new collaboration agreement, thus ratifying their commitment to the initiative’s objectives: make women’s activity in science visible, break with typically male roles attributed to scientific-technical activities and encourage the choice of scientific careers among girls and adolescents. With these objectives in mind, the entities join forces to organize a joint program of activities on the occasion of the International Day of Women and Girls in Science, which is celebrated every year on February 11. 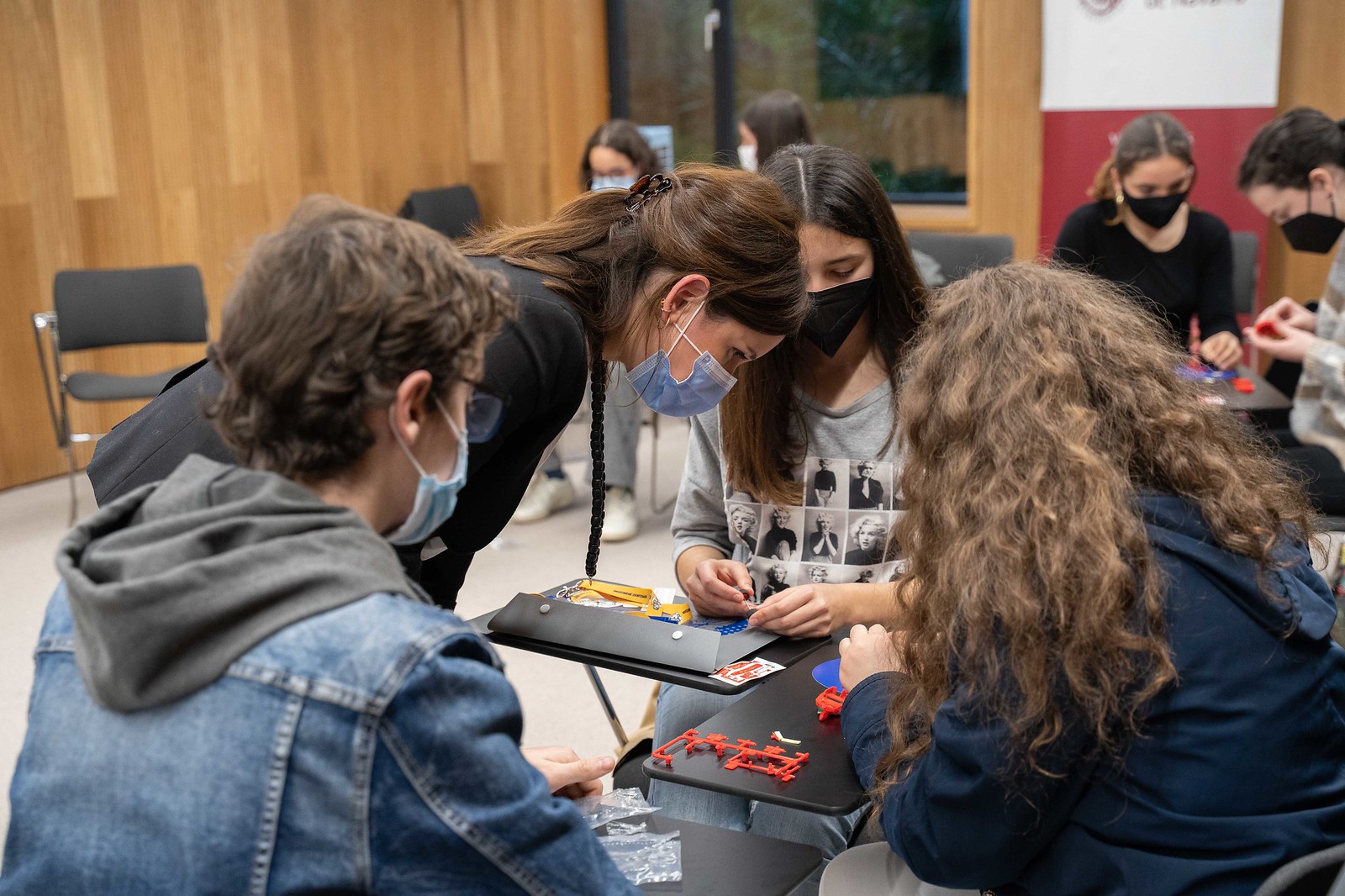 The 24 signatory entities of the agreement for the joint organization of the 7th edition of Emakumeak Zientzian are an important representative sample of the fabric of science and technology in the Basque Country: the Center for Materials Physics (CFM CSIC-UPV/EHU), Achucarro Basque Center for Neuroscience, CIC biomaGUNE, CIC nanoGUNE, University of Deusto, POLYMAT, Basque Center for Climate Change (BC3), Basque Center for Applied Mathematics (BCAM), Basque Center on Cognition, Brain and Language (BCBL), Biodonostia, Ceit, Cidetec, Donostia International Physics Center (DIPC), Elhuyar, Eureka! Zientzia Museoa, Fundación Biofísica Bizkaia (FBB), Ikerlan, Ingeniariak – Official College of Industrial Engineers of Gipuzkoa, Technology Parks of Euskadi, Tecnalia, Tecnun-School of Engineering, the Faculty of Computer Science, the Gipuzkoa School of Engineering and the Faculty of Chemistry from the UPV/EHU.

This union is the result of an initiative -Emakumeak zientzian- of ‘open doors’ with a unifying vocation and which is clear that by adding together we are better. Thus, thanks largely to the involvement and dedication of dozens of professionals in the field of science and technology (researchers, university professors, engineers, etc.), the organizing entities are already working on the design of more than 50 activities so that the message that ‘science is really a girl’s thing’ reaches and permeates as many people as possible. The complete program will be announced on January 18 and it will be then when registrations will open. The countdown is already on!

It should be noted that during the past year, the Emakumeak Zientzian initiative has won the 1st STEAM Euskadi prize and the special mention for gender perspective in the category of Most Innovative STEAM Education Initiative promoted by other entities, granted by the Government Department of Education Vasco and Innobasque, as well as the recognition of the San Sebastián City Council through Fomento San Sebastián during the IX edition of Innovation Week.

The United Nations General Assembly decided in 2016 to proclaim February 11 as International Day of Women and Girls in Science, with the aim of achieving full and equal access and participation in science for women and girls. The organizations running Emakumeak Zientzian recognize this as a strategic aim and, in this context, are joining forces to promote, organize, develop, present and implement a broad program of joint activities that is expanding from one year to the next.