Donostia – San Sebastián, a city of (nano) science and technology

As described in the editorial of this issue, some of the main representatives of the nanoscience community in San Sebastian stand together, namely, the Nanoscience Cooperative Research Center (CIC nanoGUNE), the Donostia International Physics Center (DIPC), the Basque Center for Macromolecular Design and Engineering (Polymat), the Center for Cooperative Research in Biomaterials (CIC biomaGUNE), the Technology Centers Cidetec, CEIT, and Tecnalia, and the Health Institute Biodonostia along with the Centro de Física de Materiales (CFM), a joint initiative of the University of the Basque Country (UPV/EHU) and Consejo Superior de Investigaciones Científicas (CSIC).

This research force has contributed considerably to ACS Nano with more than 100 publications during the past decade, some of which have already had significant impact and are highlighted in this virtual issue.

As reported by the authors “This collaborative work has been combined with our commitment toward industrial development of nanotechnology both locally and worldwide, which has led not only to an increase in top-notch industrial research in our community but also to the launch of a number of promising nanotechnology-based start-up companies”.

The entities highlighted above, express they are confident that, with the continuous and synergetic support from Spanish and Basque authorities, the research activity in the area of nanoscience and nanotechnology will continue to flourish in our beautiful city.

The company GraphenePioneer winner of the first Global Graphene Call 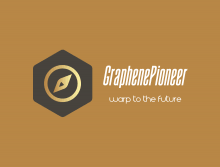 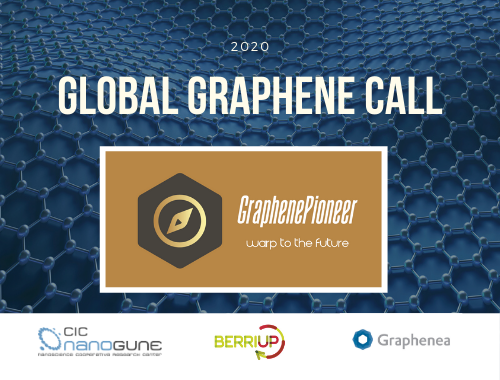 GraphenePioneer is planning to make use of the potential of graphene to create a better world through improved concrete. This concrete is very strong and can reduce global CO2 emissions by 4%. It can be used for safer structures and can incorporate other properties, such as heating, detection, conductivity, etc. To achieve this, the company has a multidisciplinary team guided by the basic values of passion, precision, and responsibility.

GraphenePioneer will be able to take advantage of a customized acceleration program between June and August 2020 organized by BerriUp —experts in business acceleration—, CIC nanoGUNE —the Basque Nanoscience Co-operative Research Center—, and Graphenea —nanoGUNE’s first start-up and a world leader in graphene production—. Thanks to the collaboration between these three organizations, the company will benefit from personalized coaching to boost the marketing of its graphene-based products.

This is the first time that CIC nanoGUNE, BerriUp, and Graphenea have joined forces to promote a call, the Global Graphene Call, designed to develop business ideas linked to graphene.